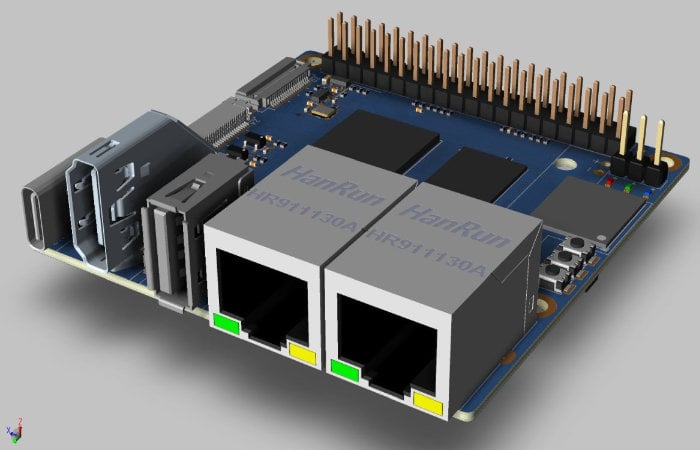 Banana Pi has introduced a new mini PC which it is now beginning to sample in the form of the BMP-M2S featuring a six core Amlogic A311D processor supported by ARM Mali-G52 MP4 (6EE) graphics. Other features of the mini PC include dual Gigabit Ethernet ports, HDMI port, USB-C and USB 2.0 ports.