If you have a wireless iPad equipped with the older 30 pin connection and would like to add GPS position to it. Bad Elf has created a new adapter that has been designed to add GPS support.

When used with CoPilot Live software, the new Bad Elf GPS Adapter will add GPS support to your devices without the need for a data plan of any kind. Watch the video after the jump to see it in action. 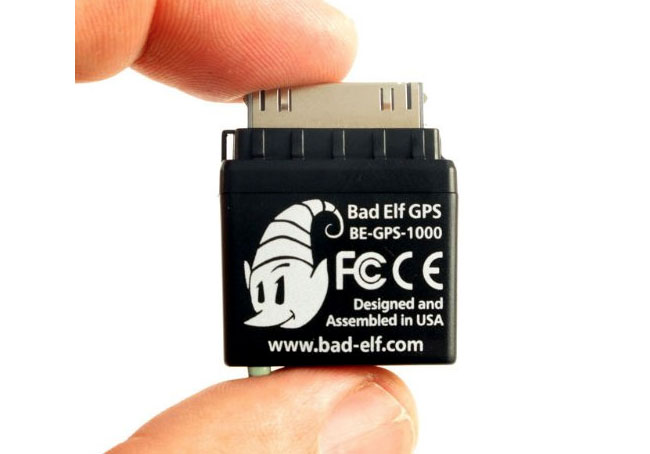 Simply connection the Bad Elf GPS adapter to your iPad and then on the other end is a USB connector to plug into your car power. However the GPS adapter will also work without external power, if your iPad battery has enough juice.

“Transform your iPod touch and iPad Wi-Fi into a powerful and accurate voice-guided, turn-by-turn GPS navigation system. Purchase Bad Elf GPS (BE-GPS-1000) and receive an upgrade to the full-featured CoPilot Live navigation app (CoPilot compatible for US MAPS ONLY) , giving you voice-guided, turn-by-turn directions and premium navigation features for the iPod touch, iPhone, and iPad. You know and love your iPod touch and iPad Wi-Fi, host to many of your favorite apps and content.”

The CoPilot Software bundled with the Bad Elf GPS unit can be bought for $99.