If the title upstairs struck you as odd, don’t fret. Here’s the full scoop. Deep in the Cascade Mountains, hidden far below a fearsome lava tube, a hunk of rock encrusted with ice was found to be inhabited by bacteria. It’s further proof that bacteria, long associated as the bane of consumer products, are the most fascinating organism in our world (and beyond). So fascinating, that they can give clues as to what our species might find on Mars. 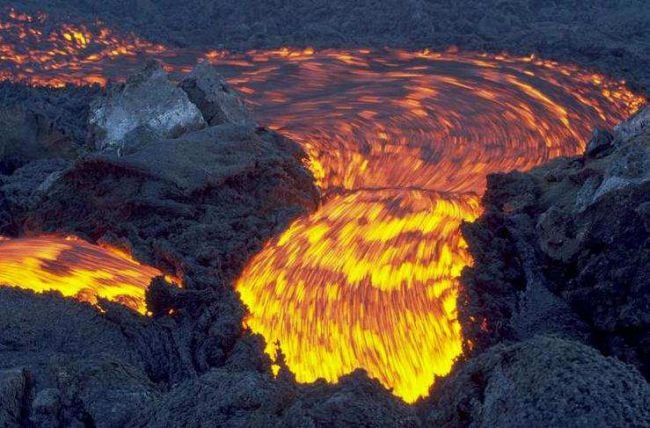 Okay, so how did a sample from a defunct lava tube get connected with Mars all of a sudden? The microbes found on the rock sample were able to sustain themselves by feeding on its iron silicate. This has never before been observed among bacterium. For further insight:

In a laboratory setting at room temperature and with normal oxygen levels, the scientists demonstrated that the microbes can consume organic material (sugar). But when the researchers removed the organic material, reduced the temperature to near-freezing, and lowered the oxygen levels, the microbes began to use the iron within olivine – a common silicate material found in volcanic rocks on Earth and on Mars – as its energy source.

Since Mars got mentioned, feast your eyes on the trailer for John Carter. it’s an adaption of Edgar Rice Burrough’s classic sword and planet pulp yarn ‘A Princess of Mars.’ There’s no bacteria in it, but at least there’s one hot babe.