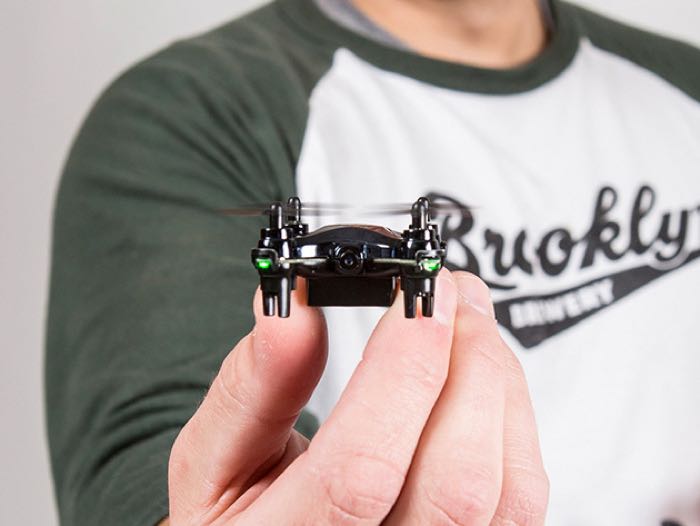 Today’s Geeky Gadgets Deal is the awesome Axis VIDIUS FPV-Camera Drone with 21% off, this cool mini drone normally costs $95 and you can get it for $74.99 in our deals store.

The Axis VIDIUS FPV-Camera Drone comes with a 100 foot range and it can snap photos and record video during flight.

You don’t need a bulky, FAA-registered drone to get a view from the pilot’s seat. The Axis VIDIUS Drone may be small, but it offers a live first person view from its built-in video camera! You can flip, roll, speed through narrow spaces, and more while streaming and recording your every move. The live video feed is transmitted to your Apple or Android device via Wi-Fi, and can even be shared instantly with the VIDIUS Drone App. Plus with an 100-foot range, you can explore far and wide without lifting a foot.

You can now get the Axis VIDIUS FPV-Camera Drone for just £74.99 with Geeky Gadgets Deals.