Reader take note, ‘awesome’ is the prevailing buzzword for this post, so expect it to pop up everywhere. In case you aren’t familiar with Minecraft, it’s a pretty basic game where you mine stuff to build detailed 3D structures. 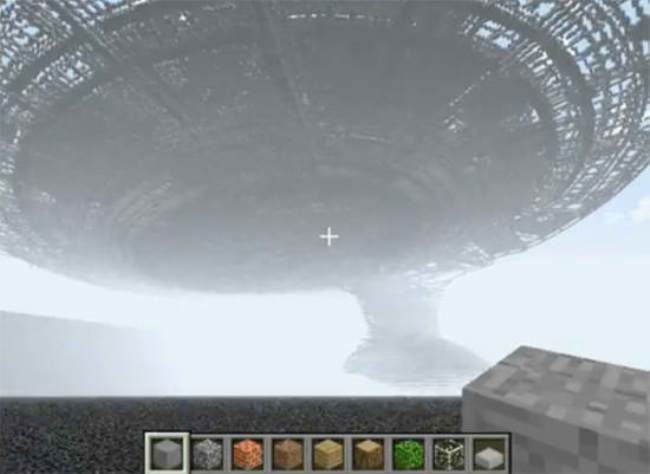 Apparently, a dude going by the username HalNicholas wants to go where no man has gone before by building a full-scale 1:1 replica of Jean-Luc Picard’s Enterprise D. Some may call him insane, but such exploits are just everyday awesome here at Geeky Gadgets.

To share his monumental achievement with the human race, HalNicholas has got an epic video of his progress on YouTube. Judging by what we’ve seen, the Enterprise D is far from finished and HalNicholas has manned up to the fact. An entire galaxy of details are still upcoming and we can bet our lunch money HalNicholas is bent on seeing this fanboy project through. What he’ll do after is a question mark though. Perhaps a Klingon Bird of Prey? Oh wait, we have a better idea: A 1:1 full scale of the SDF 1 from Robotech! Just thinking about such a possibility makes us giddy as schoolgirls.

Having sung HalNicholas’ praises, it’s only fitting that we also give credit to Minecraft. The crazy stuff some of its player’s come up with is hilarious. Don’t believe us? Look for Minecraft vids on YouTube then. Be warned of much awesomeness.