If like me you enjoy a good Sci-fi movie, book or game you are sure to enjoy this massive sci-fi fictional spaceship comparison chart which has been created by DeviantARTist Dirk Loechel, to show the size relationships of each spacecraft. 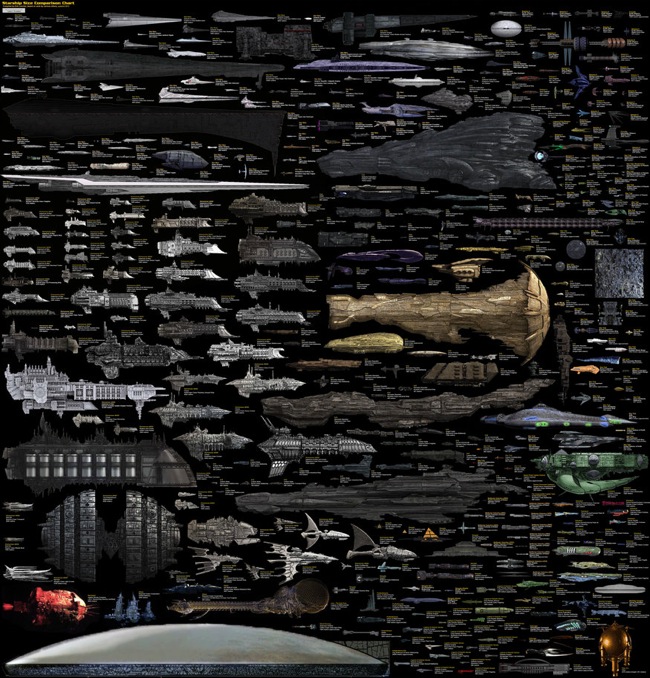 Its creator explains “It’s … a lot of starships, to scale as best as I could find out the relevant scales. I used various online sources – specific wiki, other size comparison charts (especially Jeff Russell’s and Dan carlson’s), and other fanmade sites. Sometimes there were conflicting measurements, and I had to make a choice (I usually picked the larger one). Star Wars fans: I go with G-Canon, if in doubt. Yes, I liked Westwood games too. It’s not canon anymore. There’s worse things. “

To view the full zoomable version of the spaceship comparison chart jump over to the official website here.