The Scamander all -terrain vehicle is the brain child of Peter Wheeler, once owner of British sport car maker TVR for 23 years. But unfortunately before the Scamander design could be realised and before completion of the project, Wheeler died. 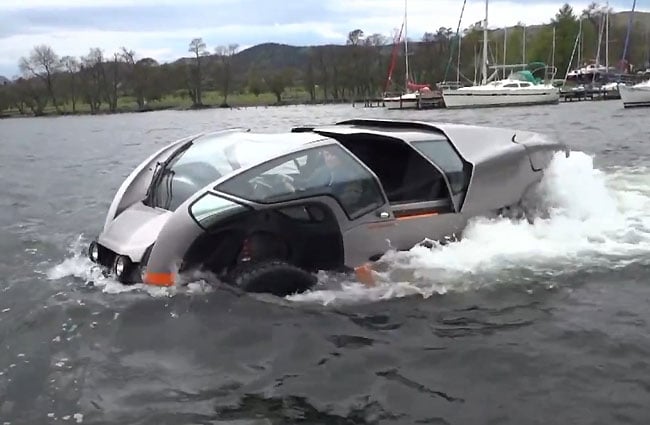 However after his death Wheeler’s wife and a team of engineers decided to carry on the development of his dream and finished the project creating his vision, in the form of the Scamander all -terrain vehicle. Autoblog Evo explains:

“Despite its off-road credentials, the Scamander is rear-wheel drive, its back axle powered by a 3-litre Ford Duratec V6 engine via a four-speed automatic gearbox. It’s enough to hustle the 1.6-ton behemoth to 60mph in around 8 seconds, and onto an estimated 120mph top speed – or 6 knots on water.”

Even though the Scamander is a large all-terrain vehicle, its capable of hitting 0-60 mph in about 8 seconds and can reach a top speed of 120 mph, and has been created to be at home on the road, mud or in the water. Check out the Scamander in action in the video below.