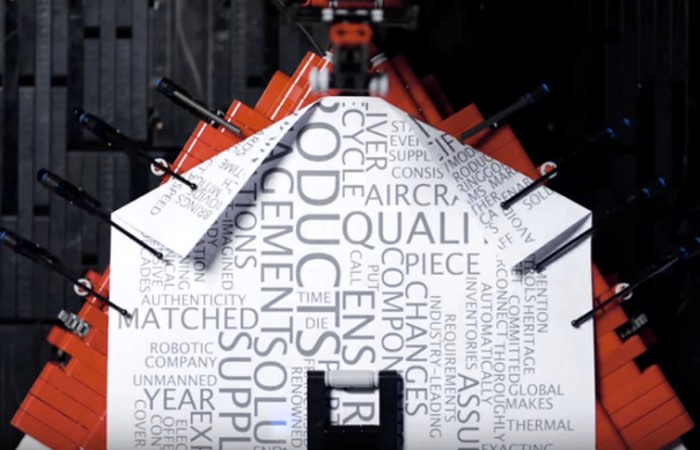 Lego builders in search of new inspiration need look no further than the Lego paper plane machine that has been created by Arthur Sacek. Which is capable of taking a sheet of paper and automatically folding it to create a paper plane that is then launched ready for action.

The machine was created for a Super Bowl commercial which was aired earlier this month during the big game to promote Arrow Electronics, a Colorado based company that is involved in the aerospace and defence.

The Lego robotic paper plane production machine was commissioned by Arrow Electronics who approached Sacek and asked for a contraption that was capable of taking a single sheet of paper and transforming it into a flyable paper plane. Watch the videos below to see the Lego paper plane creator in action and also behind-the-scenes on how it was created and its development process.

Sacek explains in the video below : I love the challenge. Because when you have this kind of feeling, you can think how to change other kinds of things. Because we need to solve problems, we have a lot of problems everywhere. To be able to see and to best and to make things … It’s wonderful.