You might remember the awesome Emperor 1510 gaming station we featured here on Geeky Gadgets back in 2009. That is available to purchase for what now looks like the bargain price of around $6,500, when compared to the companies flagship gaming station, the Emperor 200 which is priced at a hefty $45,000. 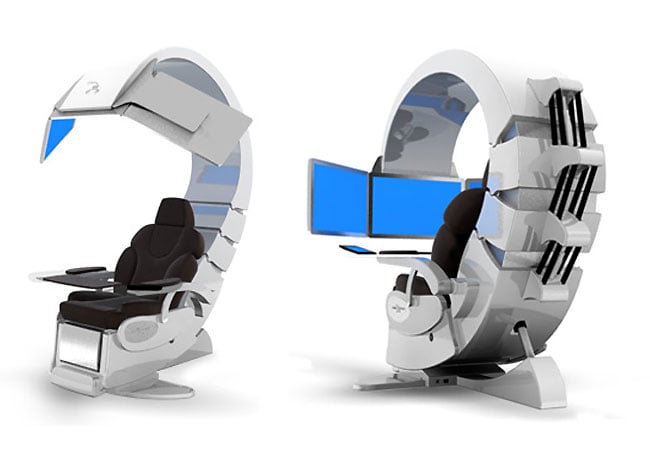 The Emperor 200 gaming station sports three screens in a similar style to its cheaper brother the Emperor 1510, but on the Emperor 200 each 24″ inch screen support multi-touch and are motorised making it even easier for you to adjust them into the perfect position.

To provide maximum comfort the consoles leather chair is also motorised and features LED lighting and THX surround sound system. Together with an air filtration system designed for anyone that enjoys to smoke, and each one is hand built to your exact specifications. Unfortunately a PC is an optional extra or just simply supply your own Xbox 360 or PS3 to finish off this awesome gaming station. 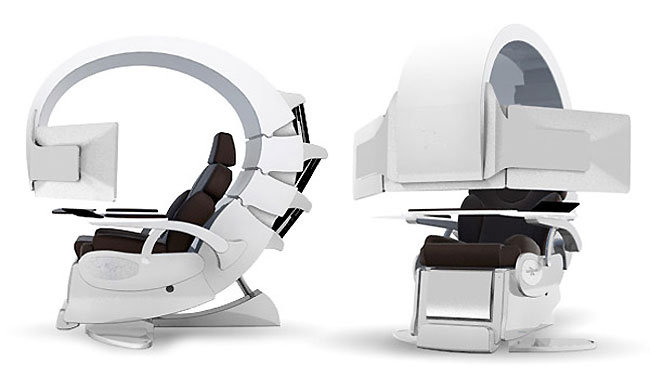