We’ve featured lots of creative types who’ve had the grit and smarts to realize their DIY dreams before. But Doug Barry may have just beaten them all. 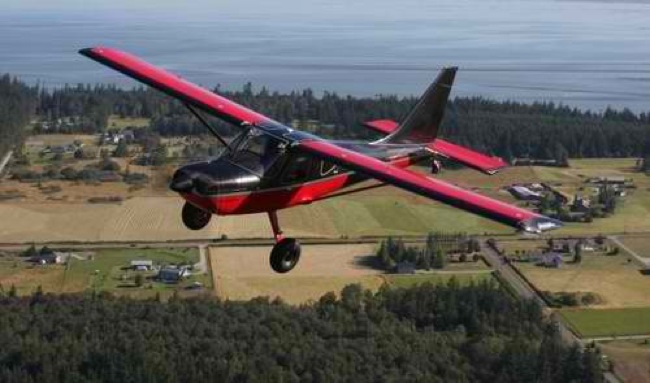 To think it only took him less than a month to build his airborne ride. 11 days to be specific. Talk about a true master.

However, Barry could not have realized his machine vision without airplane manufacturer Glasair, whose kit Sportsman TC is the model he built. Under their “Two Weeks to Taxi” program, Glasair allows clients to spend some time in their own fatory and put their airplane of choice together. Pretty neat, we might say. Expensive too. the whole project cost Barry $200,000.

The ultimate satisfaction for Barry is having his fingerprints all over the finished product. Acording to him:

“It’s better than a factory plane, you know everything that’s inside of it,” he says. “With a factory plane, all you can trust is that somebody else did it right. I know it’s right, I was there, I built it.”

Two Weeks to Taxi puts a fresh spin on airplane builds by allowing the inventive maker to use professional facilities, with professional assistance, to do their own work. Of course, there’s a licensed mechanic hanging around to cover said assisting duties, but those who partake of the program should abide by the 51% rule—they really must do most of the grunt work.

If you’re sipping a beer—or any beverage for that matter—while reading this, how about raising the can/glass as a salute to this bloke?