Walt Disney Animation Studios the team behind recent animated films such as Wreck-It Ralph and Tangled has this month unveiled new digital snow they have been creating to make snow animations even more life like recreated the physical properties of snow from the real world. 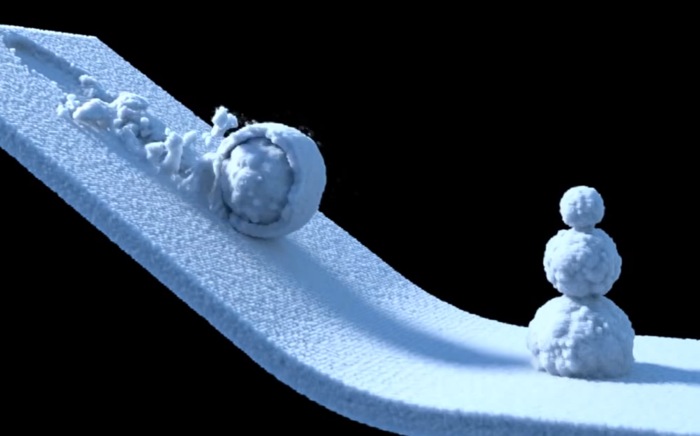 The new awesome digital snow animations are to be used in the upcoming Disney film “Frozen”. Watch the video below to learn more about the Material Point Method For Snow Simulation project by Walt Disney Animation Studios and see it in action.

Disney explains a little more about the new film that will be arriving in cinemas on November 27th 2013:

“Frozen,” a stunning big-screen comedy adventure. Fearless optimist Anna (voice of Kristen Bell) sets off on an epic journey—teaming up with rugged mountain man Kristoff (voice of Jonathan Groff) and his loyal reindeer Sven—to find her sister Elsa (voice of Idina Menzel), whose icy powers have trapped the kingdom of Arendelle in eternal winter. Encountering Everest-like conditions, mystical trolls and a hilarious snowman named Olaf, Anna and Kristoff battle the elements in a race to save the kingdom.”