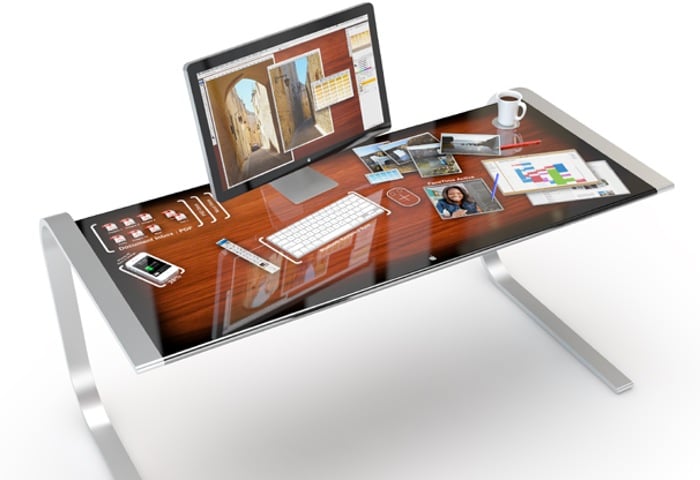 If you enjoy using Apple products you might enjoy this awesome Apple iDesk concept that has been dreamt up by the Mac Life website team, and takes our current technology to a new level combining large touchscreen surfaces and device integration.

The concept includes a touchscreen desktop service that would automatically sync with your iMac system as well as any other iOS devices that you might place on the desktop.

Tactile keyboards would also be replaced by digital touch sensitive versions which are endlessly configurable to your exact preferences and requirements. Simply moving documents around on the touchscreen would enable you to transfer them from one device to another, or make corrections using a variety of installed applications. The Mac Life team explains a little more about their Apple iDesk concept desktop:

“Imagine an entirely adaptable workspace that doesn’t just hold your equipment, but enhances and interacts with it. As with Microsoft PixelSense, the entire desk would be a touch-sensitive display capable of running several simultaneous apps, some of which — such as a calendar, phone, and digital Post-It notes — would replace their physical counterparts entirely.

Notifications, to-do lists, video conferencing, Adobe tool palettes, and countless widgets such as calculators and weather reports would all appear right on the surface of your desk, literally putting your entire working world at your fingertips.”

It’s a shame that this awesome Apple iDesk concept is only imaginary at the current time but hopefully in the near future devices like this will be as common as the iPhone is today. Let’s hope its sooner rather than later. 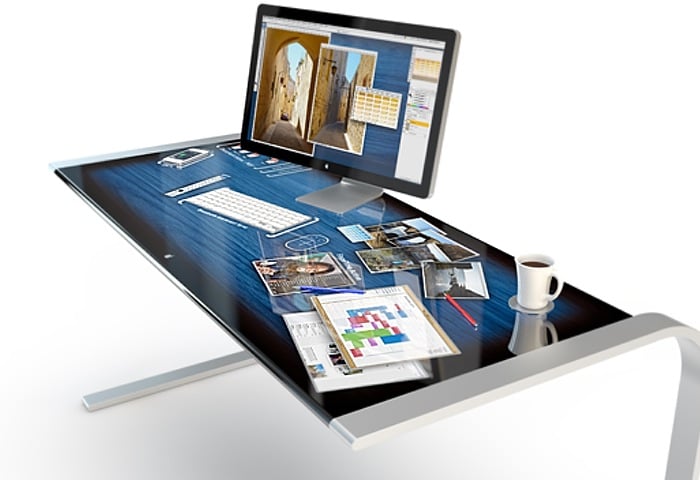