In most countries, the law usually allows several representatives to conduct wedding services when a priest is not available. Sea captains, commanding officers, and pilots can solemnly declare a husband and wife bound for life (hey that rhymed!) in sickness and in health, richer or poorer, blahblahblah. Unfortunately, if you want to marry the robot housekeeper from Japan and Las Vegas is too far away, there’s the AutoWed to seal the deal. 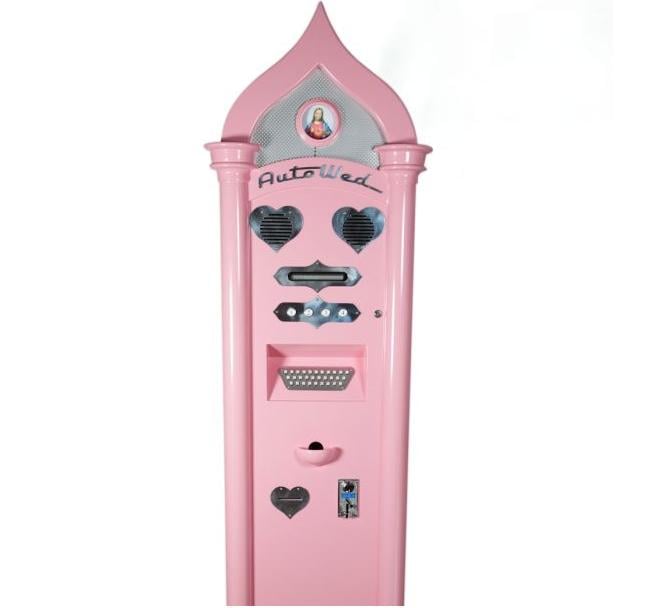 Kitsch, tacky, and cheap looking, the AutoWed is a wedding machine that prints out a certificate and  a couple of rings for appearance’s sake. The cheapness goes much deeper than looks though (the flamingo pink cabinet it’s housed in is awful), as “weddings” cost only $1. That’s right, $1.Or maybe bottle caps, cos the AutoWed would fit nicely in the Fallout universe, equal parts bizarre and un-fashionably retro.

The AutoWed works by inputting the names of the parties involved, followed by a couple of cheap wedding rings, then an official pronouncement that’s ultimately climaxed by a small slip of paper that says you’re married.

The AutoWed doesn’t carry much authority in the eyes of the law, but then again, when it comes to matters of the heart who is the final judge?