Four bright orange vans decked out with enough hardware to impress the Autobots will travel from Parma, Italy all the way to China beginning this week.

As an epic experiment in autonomous driving from a team of Italian engineers led by Alberto Broggi, the journey is supposed to reveal the perils faced by attempts of non-human driven cars across vast distances 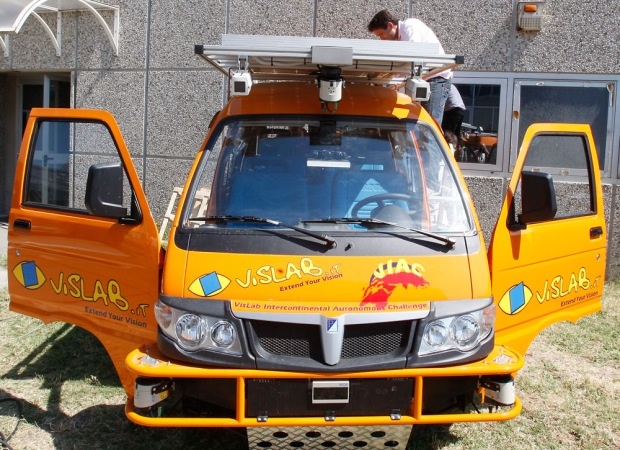 Of course, in case of grave traffic accidents the autonomous vehicles will carry a technician whose only job will be to stop the cars and a guy at the back to preside over the equipment.

Analysts believe that driverless vehicles are very much possible and might be shuttling commuters sooner than you think. The big question though is: will they be practical? “It begs the question why. In Australia, you have big trucks with three or four trailers attached in the desert. Why do you need an autonomous vehicle if you can connect them with a piece of steel?” asks Andrew Close, an IHS automotive analyst.

If you are wondering when this tech will actually hit our streets, note that Broggi says driverless vehicles are around 20 years in the future.