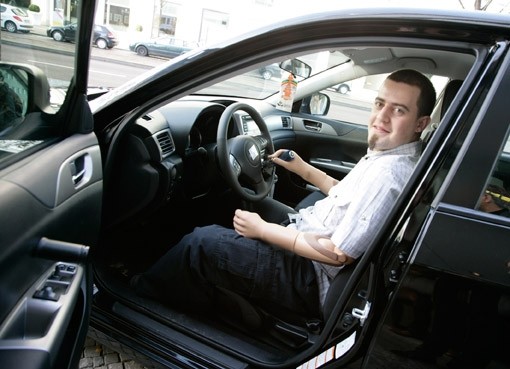 The Austrian man isn’t a cyborg either, though he has some of the most advance prosthetic limbs known to amputees. (Calling him a cyborg is just cool.) Now he’s dead.

The circumstances behind the near-fatal accident that left 22 year-old Christian Kandlauer comatose–he subsequently passed away–last Thursday have yet to be determined. However, it is known that on Tuesday a lorry driver found him unconscious in his burning Subaru, which was specially converted to suit his prosthetic arms.

Kandlauer got both his arms fried four years ago in a freak electrical accident. It wasn’t until the medical technology firm Otto Bock Healthcare fitted him with a bionic replacement that could function via though commands did his life change. His other arm remained a standard “stiff” prosthetic but the pairing was good enough for Kandlauer to pursue a normal life.

Speaking about his bionic implants, Kandlauer once said “It is like my earlier arm—I feel that my arm is part of my body.”