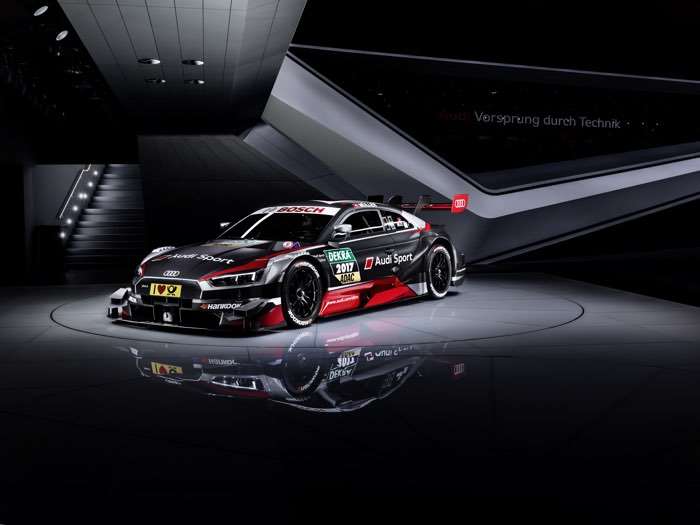 Yesterday we saw the new Audi RS5 and now Audi has revealed the race version of the RS5, the Audi RS5 DTM.

The Audi RS5 DTM comes with more than 500 horsepower, this has been achieved with a modified air intake system and improvements to the cooling system. 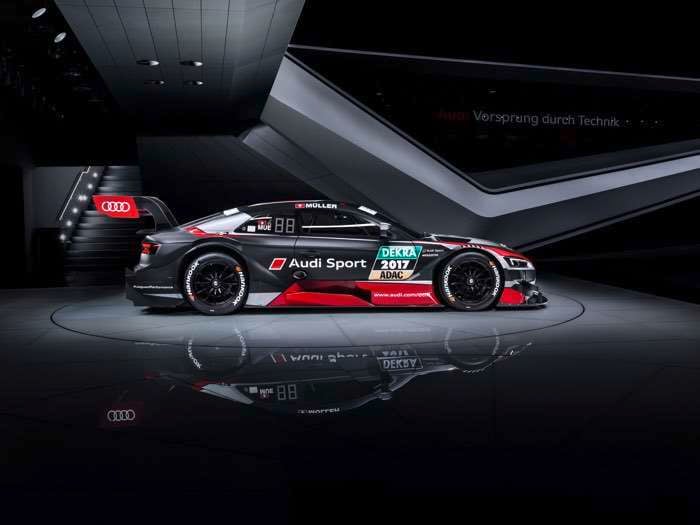 “This is a special day for me and everyone involved in the DTM project,” says Head of Audi Motorsport Dieter Gass. “For the first time, we developed a new DTM car in parallel with the production model. This underlines once again how closely motorsport and production work together at Audi.” The track record of the previous-generation model sets benchmarks for the future. Having clinched ten victories in each of the last two seasons, it was the most successful DTM car in both years. “Obviously, we’d like to repeat this with the new RS 5 DTM,” Gass adds.

Visually, the third-generation Audi RS 5 DTM clearly stands out from its two successful predecessor models. “It appears even more progressive and is even more extreme in terms of aerodynamics,” says Project Leader Stefan Gugger. “In many areas of aerodynamics, we explored further detailed options.” This is evident particularly in the area of the front end and around the rear wheel arches. On the race car, the distinctive single-frame radiator grill of the new Audi RS 5 consists of a very thin film. The restrictive DTM regulations allow the engineers the greatest latitude around the rear wheel arches. Accordingly, they have been trimmed for maximum downforce combined with utmost efficiency. 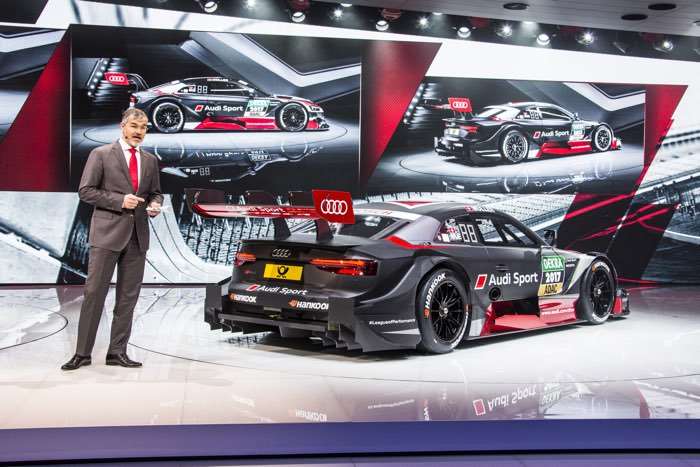 You can find out more details about the new Audi RS5 DTM over at Audi at the link below.