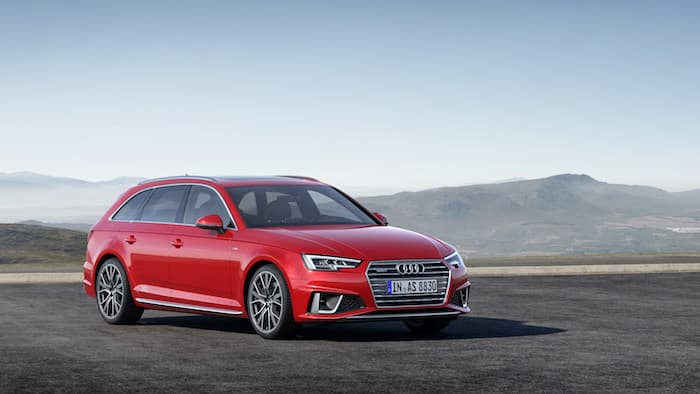 Audi has revealed their new facelifted Audi A4 sedan and A4 Avant and both cars gets some design changes on the outside.

The facelift changes to the sedan and Avant include some new wheels, a more sportier look, have a look at the photos. 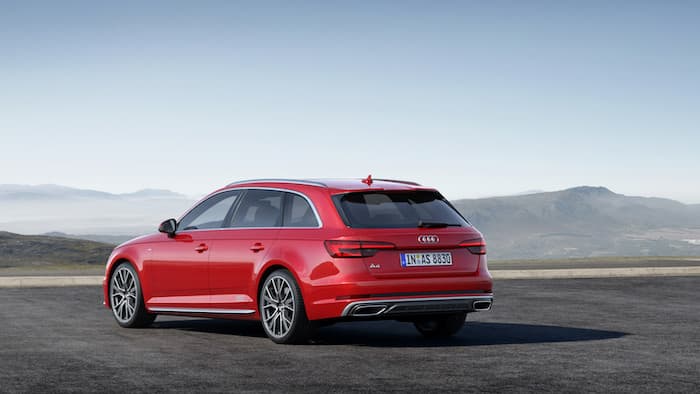 In the new model year, the Audi A4 stands out with a more striking front-end from the design and sport lines and above. Powerful, pentagonal contours surround the exterior air inlets – aluminum-look bars structure their inside. The S line exterior package features new bumpers with a sportier look. Their pronounced wedge-shaped design makes them even more eyecatching. A U-shaped clip separates the exterior and the interior area, which is finished off with a honeycomb grille. Separate openings in the air inlets guide a portion of the airflow into the wheel housings, where it flows past the wheels.

The Singleframe grille also helps differentiate between the equipment lines. In the S line exterior package, the grille now also features slats with a 3D look. A blade finishes off the lower part of the front-end. The rear bumper also comes standard in the new look. Two wide, trapezoidal exhaust tailpipes replace the previous round tailpipes. The diffuser area between the exhaust tailpipes is now narrower. The wheels, which are available in 16 to 19-inch versions, have also been redesigned. 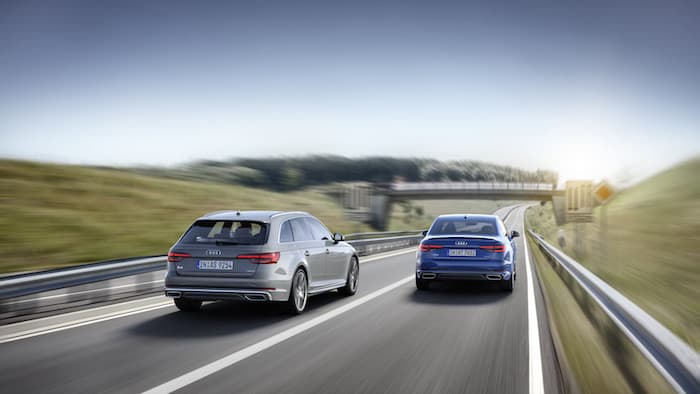 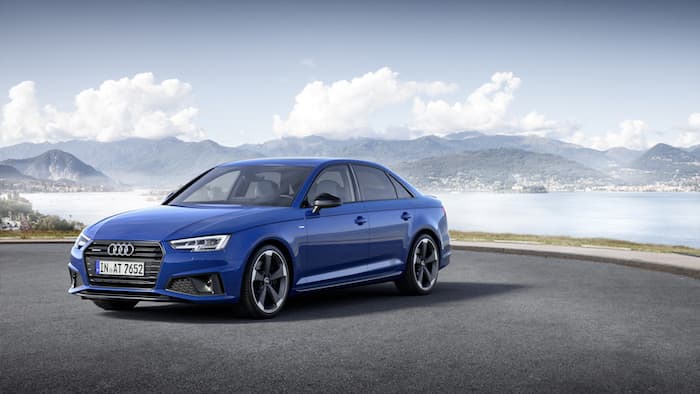 Audi will start selling their facelift A4 models in Germany in the third quarter of 2017, pricing is expected to be the same as the current models. 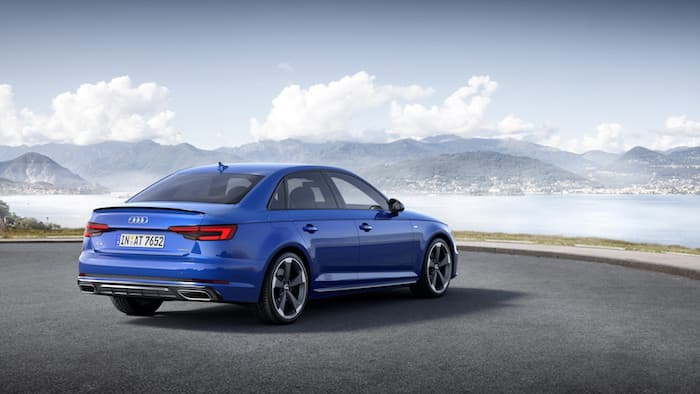