It was reported yesterday that AT&T has slashed the price of the upcoming Nokia Lumia 1520 to $99.99 with a two-year contract. It seems it’s not just the Lumia 1520, but several other handsets. AT&T is running a 50 percent off promotion for online purchases on several handsets, including iPhone 5S and iPhone 5C for $99.99 and $49.99 with a two-year contract. The promotion applies to handsets priced under $199 on a contract so if you’re out of luck if you’re thinking about grabbing a 32GB or 64GB iPhone 5S. 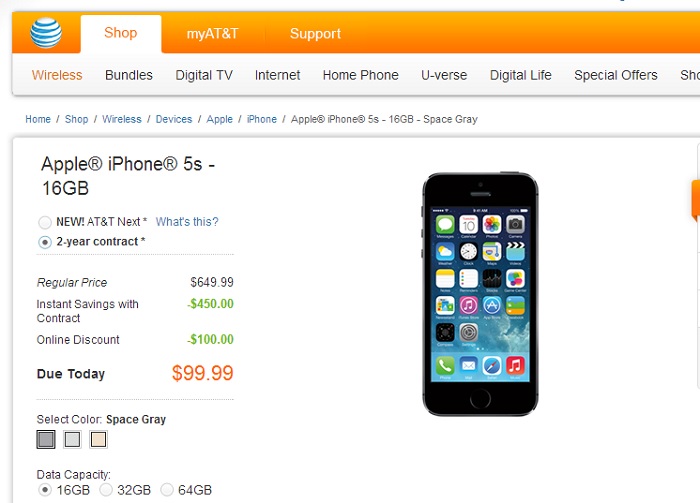 The list also includes the likes of HTC One, Samsung Galaxy S4 and LG G2, which are down to $74.99, $99.99 and $49.99, respectively. Unfortunately, customers looking for a new handset can avail the promotion online and is only valid for a limited time or until supplies last. It’s also worth noting that there are some devices which are excluded from the promotion such as Samsung Galaxy Note 3,

The holiday season is approaching fast, and we’re expecting several attractive promotions and deals from various retailers and carriers in the coming weeks. If you can’t wait, this is a very good opportunity if you want to grab a new handset from AT&T.