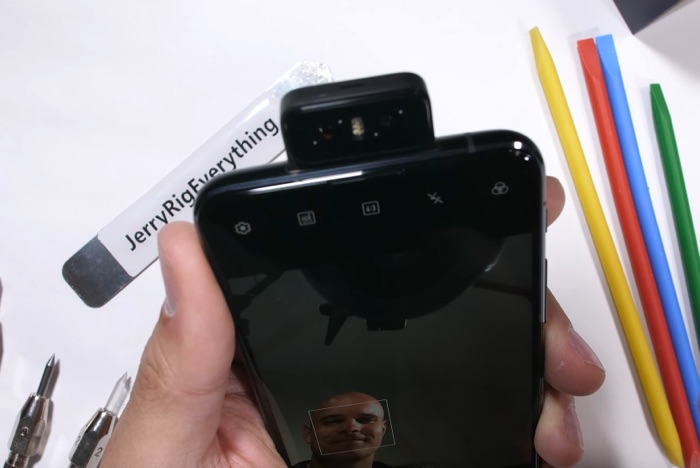 The new Asus Zenfone 6 launched recently, the handset comes with a camera that flips up, this allows it to be used as the front and rear camera.

Now we have a durability test video from JerryRigEverything that puts the handset through a range of torture tests, including a scratch test, burn test and video, will the pop up camera survive? Lets find out.

As we can see from the video the handset did fine on the scratch test with scratches appearing at levels 6 and 7.

The Zenfone 6 also did fine in the burn test with no permanent damage to the display, the device also did well in the bend test. As we can see the pop up camera appears to be pretty durable with no damage caused to it in the tests.