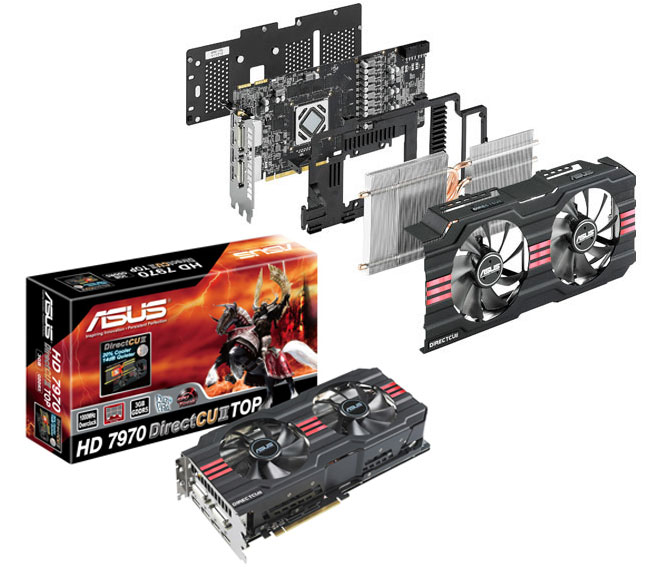 The three slot wide graphics card is equipped with a ultra wide cooling system DirecCU II. Which is a dual-fan cooler with six copper heatpipes which make direct contact with the GPU.