Asus’s bold hardware experiments were responsible for the creation of the netbook market category, it’s only fitting that they create the harbinger of its demise. Or a lame duck that tries to do too much and ends up not doing anything right, time will tell. For now, all we know is that Asus has applied for US and European trademarks on the name Padfone, which is nothing if not… descriptive. 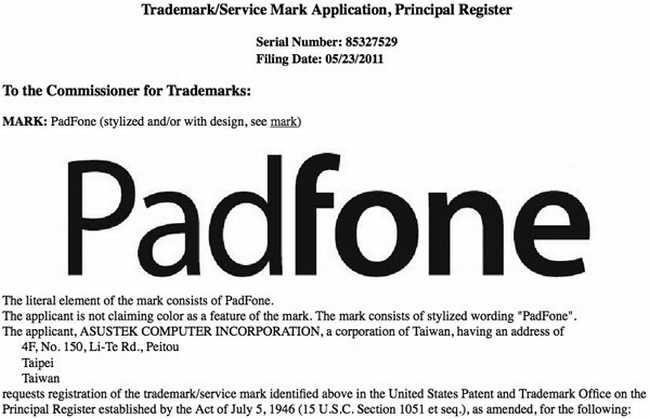 Well, that and the fact that Asus has an event coming up at Computex 2011 which would be the perfect venue to announce a certain clumsily named mobile phone/tablet hybrid. We’re actually surprised that Asus has managed to keep the thing so well hidden, with nary a blurry leaked photo or anything. Too bad Asus aren’t Sony Ericsson, we probably would have had about four reviews and a Will it Blend video to enjoy by now.