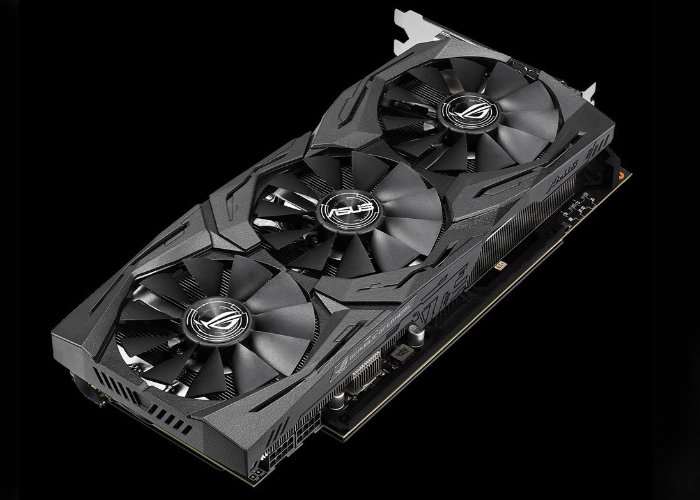 ASUS has unveiled the latest graphics card to receive the ROG Stix treatment in the form of the ASUS ROG STRIX Radeon RX Vega Series which comes equipped with 8GB of faster HBM2 memory to push performance up to 13.7 teraflops.

ASUS as explained that the ROG Strix RX Vega64 graphics card will be available early next month although no pricing has been announced as yet. As soon as we known any more about the cost of this monster graphics card we will keep you up-to-date as always. 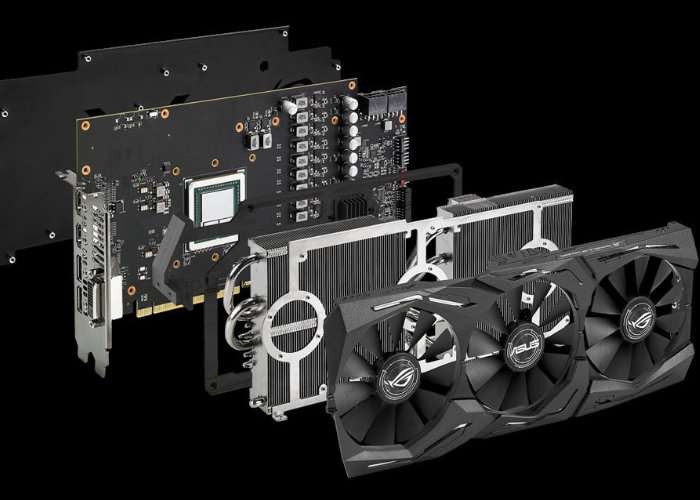 High-end GPUs like the RX Vega64 boast awesome power that inevitably translates to more heat. We rise to the cooling challenge with a combination of brains and brawn that provides excellent performance when you need it and silence when you don’t. It all starts with MaxContact, an industry-leading heat spreader machined to tighter tolerances than conventional counterparts. The copper surface is much flatter than traditional head spreaders, allowing it to efficiently extract thermal energy from the GPU.

Heat flows into a massive array of pipes and radiators that occupies 2.5 slots. Despite being only 25% thicker than our dual-slot coolers, this expanded heatsink has 40% more surface area for thermal dissipation. The design also leaves room for airflow between adjacent cards, allowing its three wing-blade fans to breathe deeply across a range of system configurations. Our cooling is so effective that the fans don’t even spin up until temperatures exceed a set threshold. Thanks to this 0dB capability, you can surf the web, watch movies, and even do some light gaming with the card in stealth mode.