Asus have launched their new GeForce GTX550 Ti which has been factory overclocked to perform at 975MHz, higher than stock performance, and is equipped with 1GB GDDR5. Together with NVIDIA 3D Vision providing full 1080p HD solution playback for 3D games, 3D movies and 3D pictures.

The new Asus GTX550 Ti  DirectCu would be a great addition in most PC’s as it has low power requirements but great performance and provides good value for money, priced at around $150. 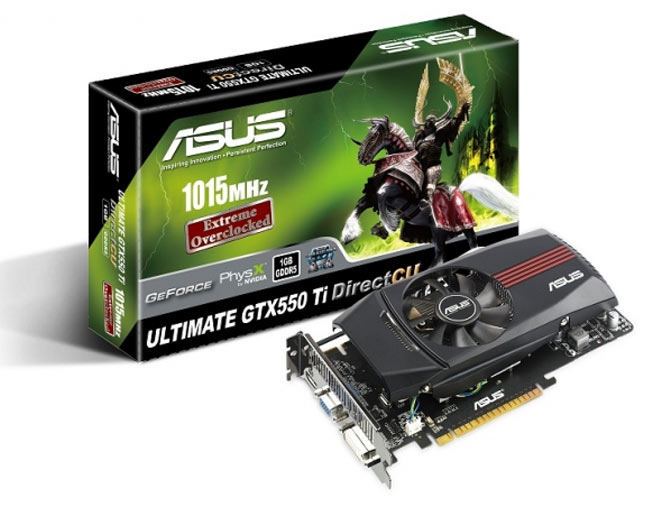