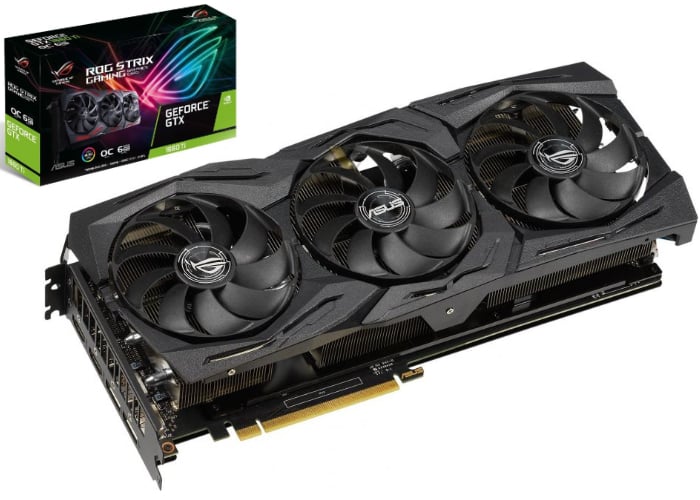 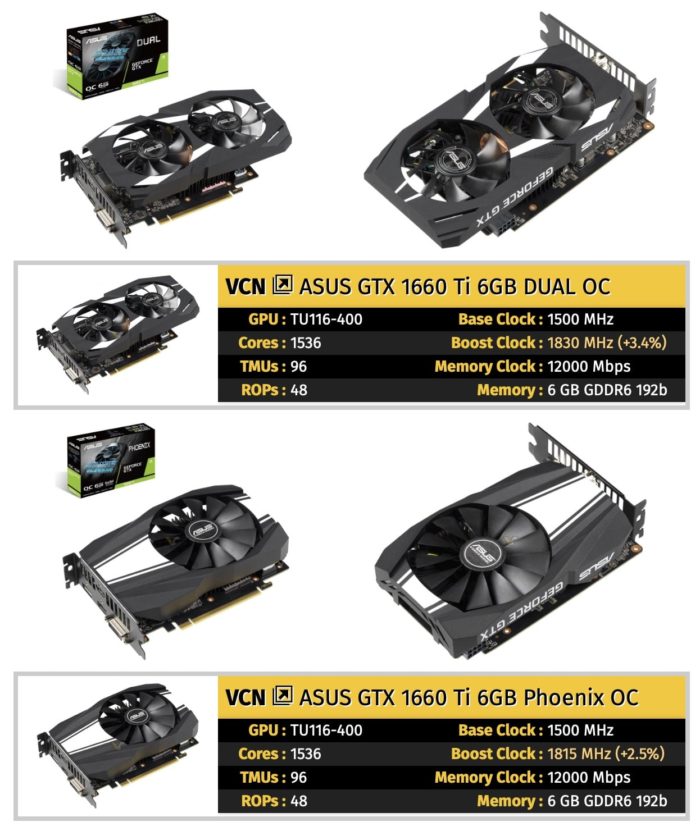 “Designed for competitive gamers that want peak performance for a given chipset, the ROG Strix GeForce® GTX 1660 Ti 6GB GDDR6 has a powerful cooling setup that keeps temperatures under tight control no matter how hard you play. The Strix heat spreader is manufactured with MaxContact technology, creating a super-smooth contact surface that efficiently transfers thermal energy from the GPU die. “ 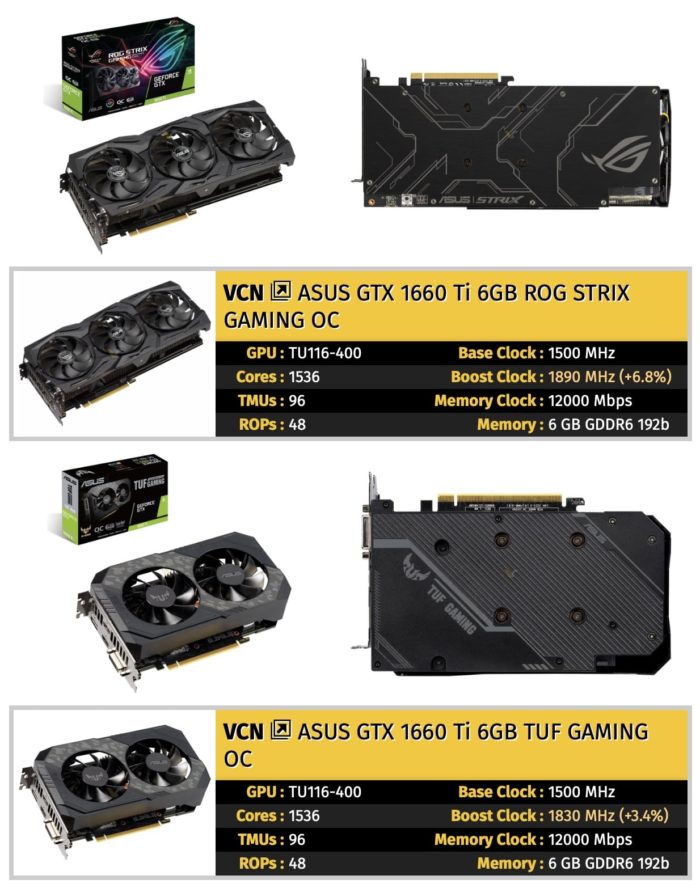 “Heat is then wicked into a large sink topped by new fans that feature the new Axial-tech design, which delivers improved static pressure and lower noise. The card also benefits from Auto-Extreme Technology and a reinforced frame that both enhance durability, one via an automated manufacturing process and the other through physical strength. With the speed and reliability of the Strix 1660 Ti on your side, you’re sure to grace the top of leaderboards in no time.”

For more detailed jump over to the Video Cardz website by following the link below.