Processing comes in the form of an Intel Atom D410 Pine Trail processor, and graphics is provided by an Intel GMA X3150 graphics chip, plus the option to have either 1GB or 2GB of RAM. 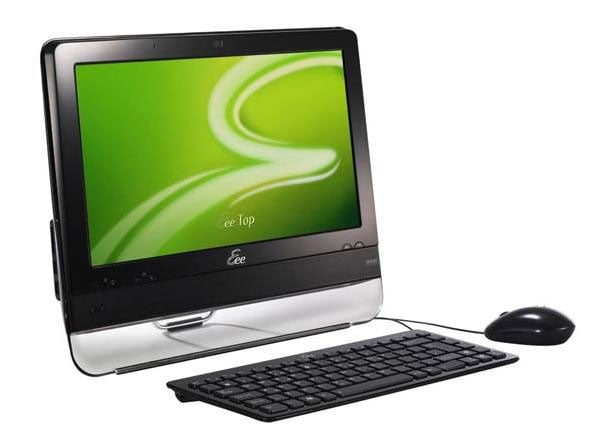 Other specification include built in 802.11b/g/n WiFi, Gigabit Ethernet, six USB 2.0 ports and a five in one memory card reader, plus a 0.3 megapixel web camera.

The Asus EeeTop ET1610PT will go on sale  in Europe shortly for around 400 Euros. It will come with Windows XP, rather than Windows 7, which does seem a little strange considering Windows 7 would make better use of the touchscreen feature.