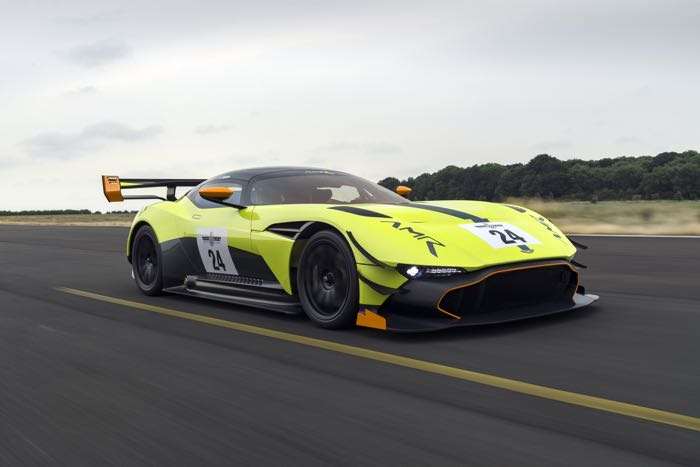 Aston Martin has just announced an even more extreme version of their Vulcan, the Aston Martin Vulcan AMR Pro.

There were just 24 Vulcan cars made and Aston is not making any more, the original cars can be transformed into the Aston Martin Vulcan AMR Pro with this new AMR performance package. 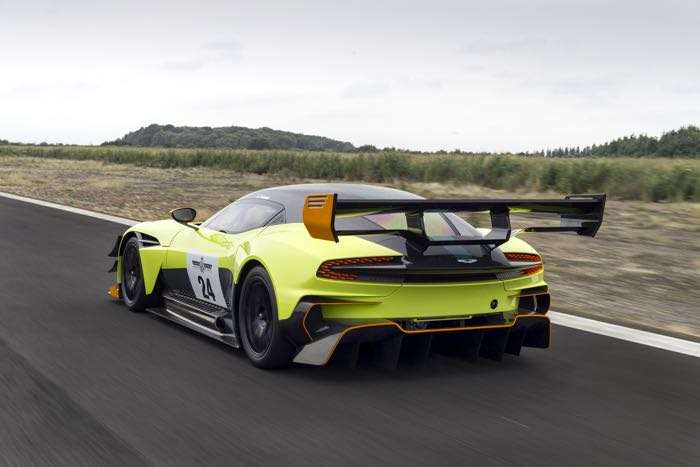 The Aston Martin Vulcan AMR Pro’s aerodynamic enhancements begin at the front-end with louvred panels added above the front wheel arches to extract high pressure air and reduce aerodynamic lift. A sizeable pair of dive planes have been added to each side of the nose to help pin the front-end to the track and the huge front splitter has turning vanes fitted to its underside to improve steering response. Weight has also been saved with optimisation of the carbon fibre lay-up and core form reducing the weight of the engine cover by 5kg.

Changes to the rear are equally effective and even more dramatic, courtesy of a new rear wing. Now of dual plane design, rather than the original single plane item, the main element of this enormous rear wing features a 20mm ‘Gurney’ flap – a simple but hugely effective upstand on the wing’s trailing edge – which is supplemented by slotted wing endplates that sport additional 15mm Gurneys to maximise the amount of downforce.