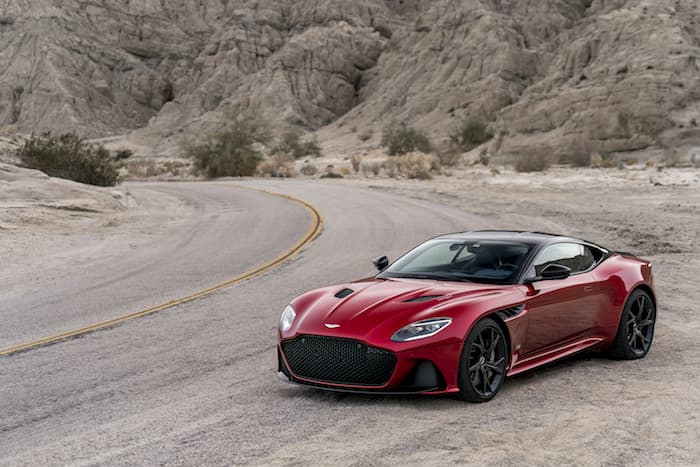 The new Aston Martin DBS Superleggera was made official recently and now Aston Martin has revealed that the car will be coming to the Goodwood Festival of Speed this week.

Aston Martin’s new flagship Super GT, the DBS Superleggera, will be making its first public appearance at the festival. Not only will it be on static display in the Supercar paddock where visitors will be able to get a closer look at its muscular carbon fibre bodywork, but it will also be driving up the 1.16-mile hillclimb. As the 211mph DBS accelerates away from the start line, spectators will be treated to the sound of its 725PS, 900NM, twin-turbo V12 as it thunders between the lime trees.

You can find out more details about the new Aston Martin DBS Superleggera over at Aston Martin at the link below.