Aston Martin have announced that their sub-compact concept Cygnet city car based on the Toyota iQ will go into full production next year.

UK motoring magazine evo has reported that the mechanics of the new Aston Martin Cygnet are unlikely to change from Toyota’s original with a 97bhp four-cylinder 1.33-litre petrol engine. Watch the teaser video after the jump. 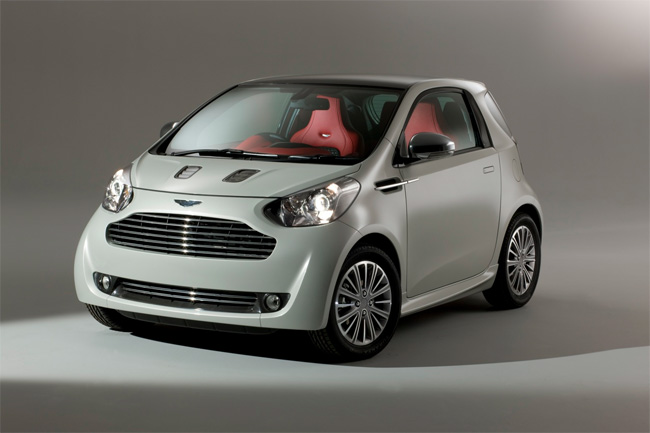 iQ will be imported from Japan and Aston will add its signatures such as the bonnet and the DB9 rear lights , together with an unlimited palette of materials and colours to choose. All of which will be fitted in the Aston factory in UK.

The Cygnet will be the key to lowering the Aston Martin’s fleet carbon emissions. Car companies have to keep in line with Europe’s strict emissions standard.