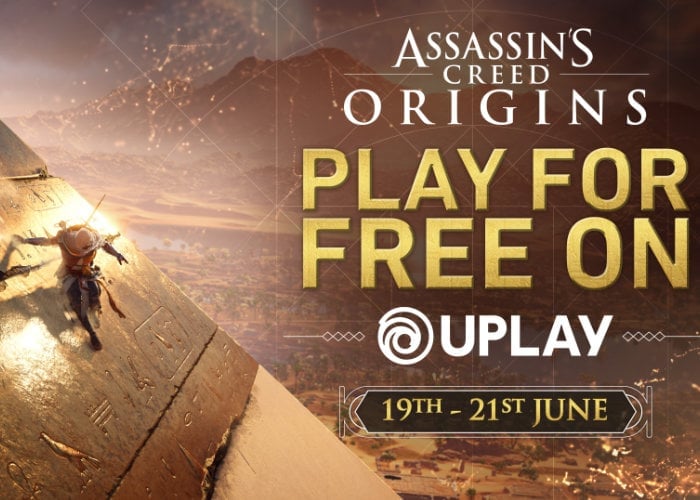 Ubisoft has this week announced that this weekend  from June 19th to June 21st, you will be able to access the full Assassin’s Creed Origins game for free via Uplay.

“Set in Egypt players takes on the role of a Medjay named Bayek and his wife Aya, as they work to protect the people of the Ptolemaic Kingdom during a time of widespread upheaval: the Pharaoh, Ptolemy XIII, struggles to maintain his rule while harbouring ambitions of expanding his kingdom; his sister, the recently deposed Cleopatra, begins marshalling loyalist forces to launch a counter-coup against Ptolemy; and frequent incursions into the Kingdom by the Roman Republic under the command of Julius Caesar lead to fears of an imminent invasion. Bayek’s role as a Medjay brings him and Aya into contact with the secretive forces manipulating these events and into becoming the first Assassins.”

“Embark on an epic journey in Ancient Egypt! From June 19th to June 21st, play Assassin’s Creed Origins for free on Uplay and explore the lands of the last pharaohs!”