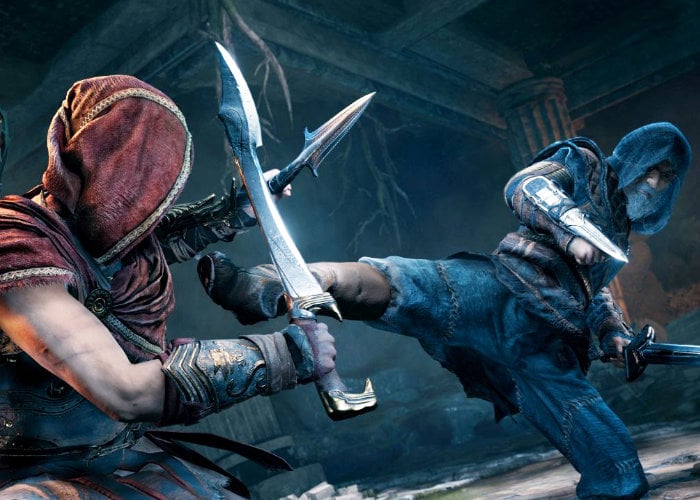 The first episode of the Legacy of the First Blade story will be available on PS4, Xbox and PC from December 4th, 2018 onwards and will take the form of Hunted. The first Assassin’s Creed Odyssey DLC episode continues the odyssey of Alexios or Kassandra by introducing Darius, the first recorded wielder of a Hidden Blade and legendary assassin of the Persian king Xerxes.

The team over at Eurogamer explain a little more of what you can expect from the new Assassins Creed Odyssey DLC. “Your enemies in Legacy of the First Blade are a new branch of the Order of Ancients – the proto-Templar team which troubled Bayek in Origins. This lot are the Persian branch, pissed off at Darius because of his Xerxes neck stab, and similarly murderous to Kassandra because of her growing reputation as a super powerful mercenary.”

“Odyssey has made Kassandra’s bloodline a major part of its story, and it’s here we get a new, if pejorative, name for her and others like her. Tainted Ones are individuals like the Eagle Bearer who have First Civilisation ancestry (and who can therefore fill out that lovely skilltree with godlike abilities).

The Order of Ancients is here to restore order, the usual Templar stuff, by offing Kassandra and making sure she doesn’t get too big for her boots. The main antagonist you’ll meet in Hunted has killed a few Tainted Ones already, he’ll tell you, and there are many others out there. It leaves me wondering if this is a tease to meet others down the line”

For more details jump over to the official Eurogamer website by following the link below. The Assassin’s Creed Odyssey adventure game has been available to play on the Xbox One PlayStation 4 and PC since October 2018.