Assassin’s Creed fans might be interested to know that later this month on February 26th the new Assassin’s Creed Arena board game will be available to purchase providing gameplay for 2-4 players.

The Assassin’s Creed Arena board game allows players to compete to uncover the most lucrative targets for assassination, as well as dodge the gazing eye of interfering guards, playing as either Shahkulu, Odai Dunqas, Anacletos, or Oksana Razin. 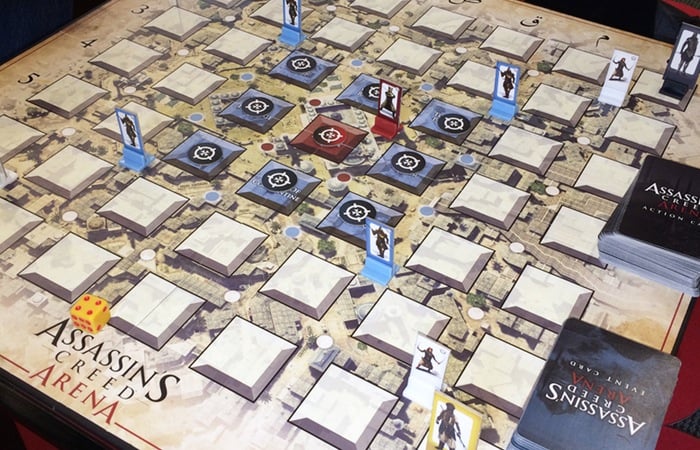 Combat within the new Assassin’s Creed Arena board game is accomplished using card play and the player that manages their cards more effectively will be victorious and triumphant.

The Assassin’s Creed Arena board game Is priced at $50 and has been designed for gamers over 15 years of age, with games taking approximately 30 to 45 minutes. 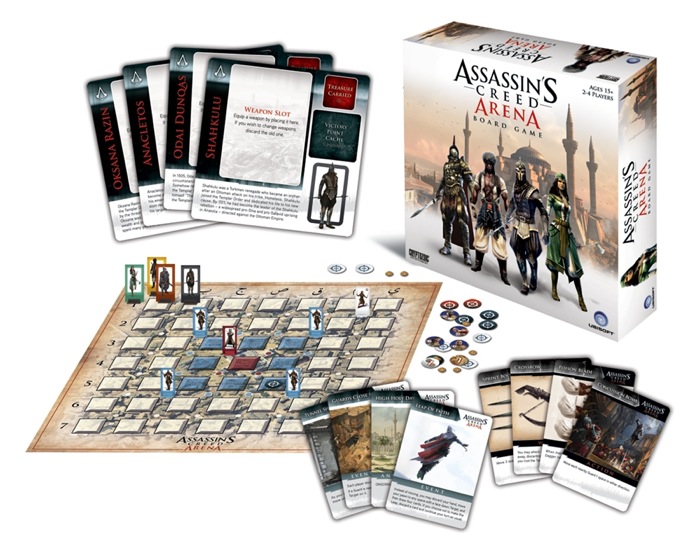