Fine, the claws aren’t coming out between his knuckles. The point is they are real blades. Ice skating blades, to be specific. Here they’ve been sharpened to deadly, uh, sharpness. It can cut salami a dozen different ways for sure.

The guy wearing them? He’s no Logan, and he sure doesn’t have enough chest hair. While he’s no Hugh Jackman, the blades sure look impressive. We have the whole scoop on how he made them. 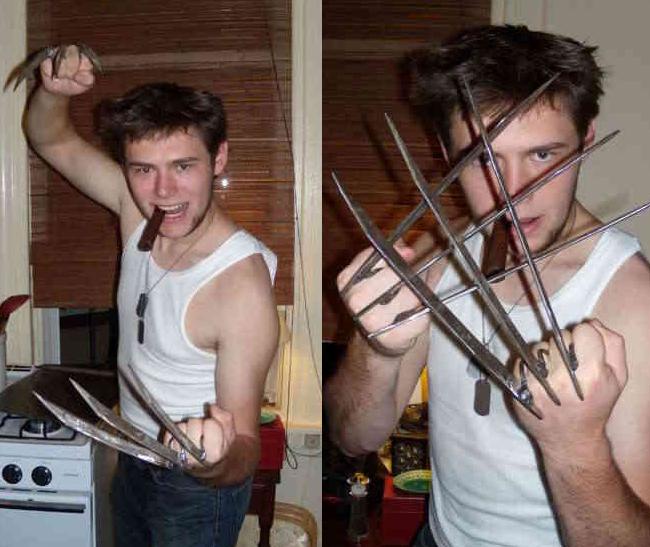 According to the creator, this whole project cost a laughable $5. Thanks to an acetylene torch and a few sacrificial ice skates, the material was ready in no time. Don’t know if it’s possible to go out in public wearing these though, the cops might have an eye out for mutants on the prowl.

If you’re wondering how this works, the blades have a grip that’s held in the palm of your hand. Not sure if the ergonomics are sound, but if the grip is good, that’ll have to do.

The real test, however, is if you can fight bad guys with these. In a real close-quarters scuffle where the other guy is waving around a real bowie knife, it might take a lot of fancy technique to use these claws effectively. Don’t try this at home, kiddies!