Rather than consign tech and e-waste to places like Nigeria or China, electronic junk can be better used for furniture as lovingly exhibited in the Egyptian-themed chests, cabinets and sculptures of Theo Kamecke. 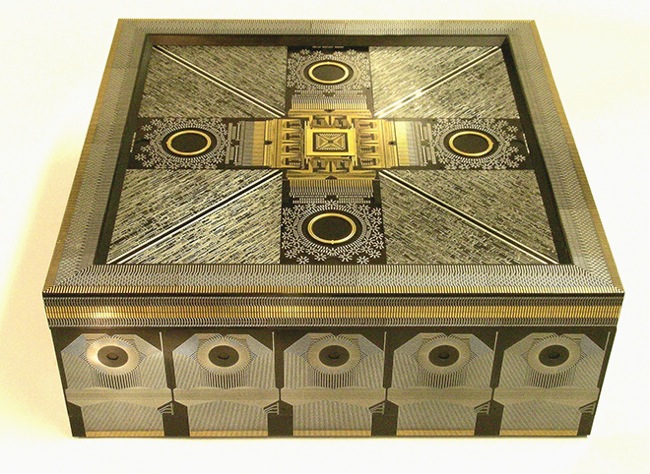 With artists like him around, ideas for redundant electronics become more than just wishful thinking. They’re tangible and beautiful.

What Kamecke did was to affix the circuit boards to hardwood, making sure to create symmetrical patterns whose sci-fi loveliness absorbs a person’s gaze.

The modest line of DIY furniture doesn’t come cheap however. Kamecke himself offhandedly prices his work from “a few thousand dollars to many thousand.”

But rather than discourage those who can’t afford such well-crafted furniture, Kamecke’s creations have already been purchased by the likes of H.R. Giger. In case you didn’t know, he’s the Austrian artist/sculptor who designed the Xenomorphs for Alien.

As if such an endorsement weren’t enough, Kamecke has hinted that he’ll continue building his unique furniture line so long as old-school circuit boards can be had. We can’t emphasize how bad we want a sarcophagus for ourselves. Really bad.