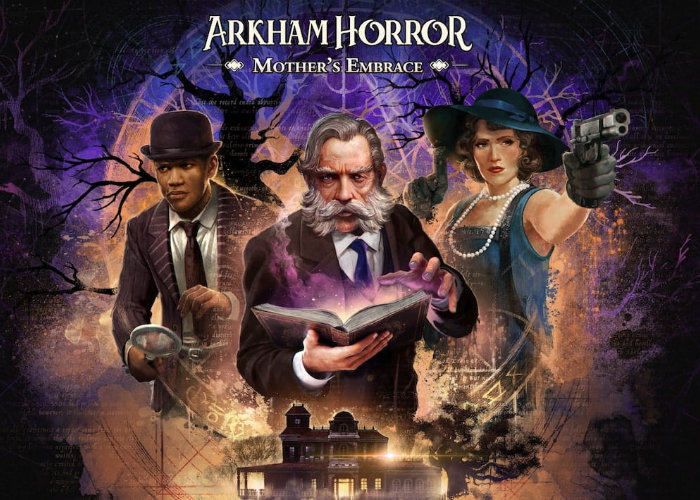 Arkham Horror fans will be pleased to know that the PC game based on the award-winning Lovecraftian board game, will be launching on the PlayStation 4, Xbox One, PC and Nintendo Switch next month and will be available to play from March 23rd 2021 onwards. The Arkham Horror Mother’s Embrace videogame is now available to preorder from Steam and other respective platform stores. “Care about your sanity and make the right choices… the Ancient Ones are preparing their return.” 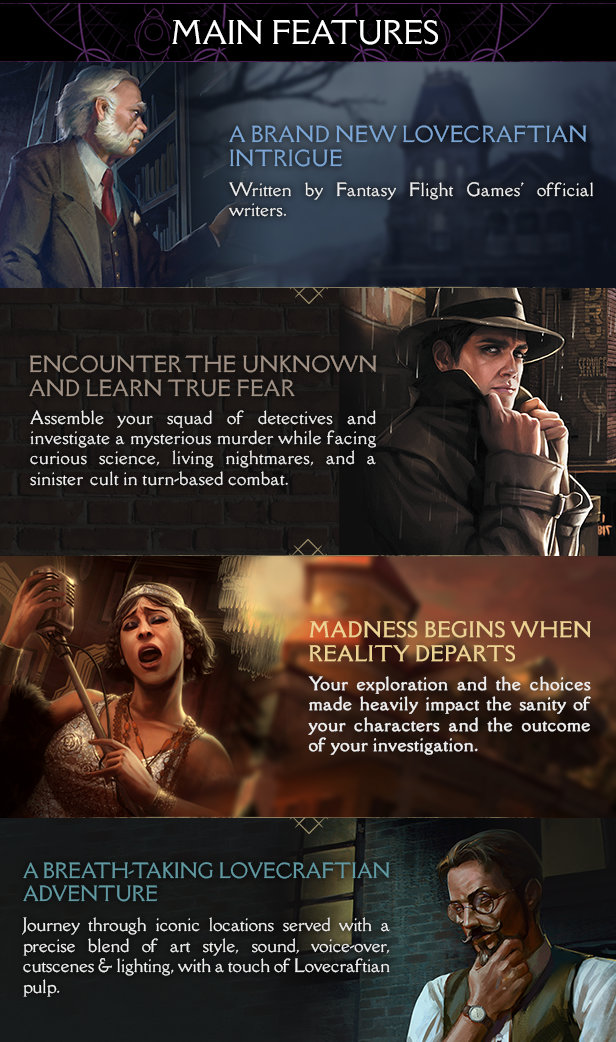 “The year is 1926, and a professor of astronomy is found dead in her mansion, the apparent victim of a heinous murder. Players must pick from 12 of the most iconic protagonists from the Arkham Horror universe, each with a unique skill set, and assemble a team of investigators to uncover the secrets behind this mysterious death.”

“As investigators face off against Lovecraftian horrors, they will descend deeper into the depths of madness, affecting their level of sanity and causing traumas that will impact the course of their investigation. Along with facing curious science, living nightmares, and a sinister cult, players will combat an array of enemies in turn-based combat, all while attempting to retain their sanity. Developed by Artefacts Studio and featuring an original story, Arkham Horror: Mother’s Embrace plunges players into the engrossing pulp world of 1920s America to combat unseen supernatural and psychological horrors true to the Lovecraftian spirit.”