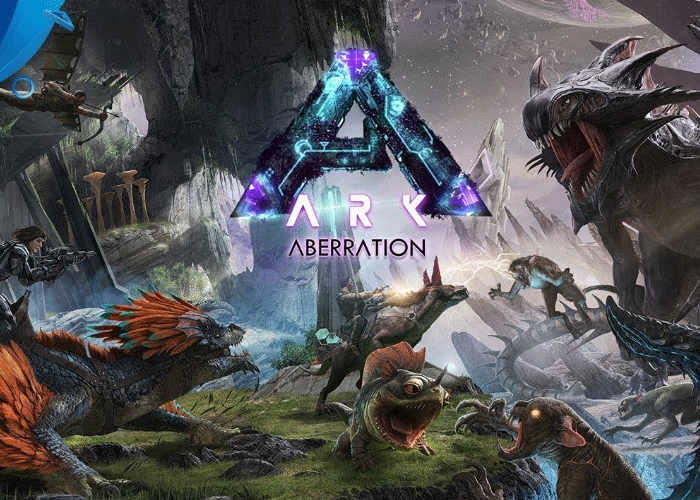 Learn more about the new ARK: Survival Evolved Aberration Expansion Pack which is now available for Xbox One, PlayStation 4 and PC systems. Owners of ARK’s “Season Pass” also get the additional exclusive in-game Aberration-themed cosmetic items listed below. If you’re not a season pass holder you can buy the expansion priced for £15  via Steam and your chosen platforms online store.

– The Bulbdog Mask, representing the cheery demeanor of this loyal ward against the Nameless.

– The Reaper Helmet, depicting the frightening visage of these dangerous behemoths that roam the Element-infused depths and irradiated surface of Aberration.

– The Aberration Helmet, formed from the damaged ARK’s obsidian-like underground rock, creates an imposing presence for Survivors who wear it.

– The Aberration Sword, forged from the Element Crystals that run within the deepest chambers of the ARK, emits a subtle glow to strike fear into your enemies.

Waking up on ‘Aberration’, a derelict, malfunctioning ARK with an elaborate underground biome system, survivors face exotic new challenges unlike anything before: extreme radioactive sunlight and environmental hazards, ziplines, wingsuits, climbing gear, cave dwellings, charge-batteries, and far more, along with a stable of extraordinary new creatures await within the mysterious depths. But beware the ‘Nameless’: unrelenting, Element-infused humanoids which have evolved into vicious light-hating monstrosities! On Aberration, survivors will uncover the ultimate secrets of the ARKs, and discover what the future holds in store for those strong and clever enough to survive!