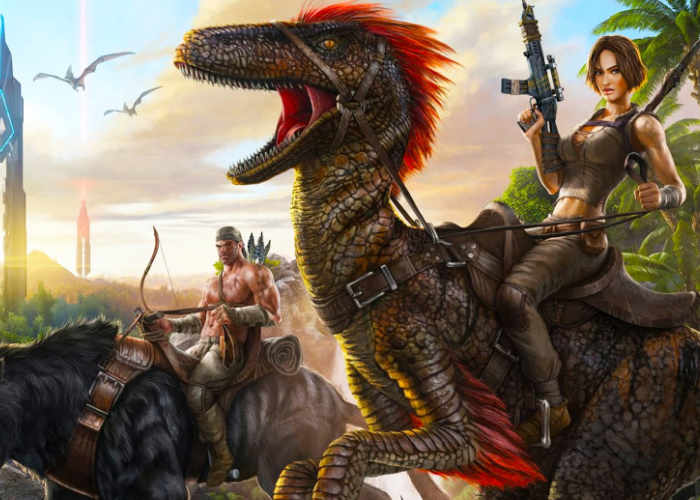 Developers Studio Wildcard have today launched their new Ark Survival Evolved game on PS4. Check out the Survivors Pack launch trailer below to learn more about what you can expect.

Ark Survival Evolved is available to play on PlayStation 4, Xbox One, Microsoft Windows, Linux, Macintosh and allows you to explore and open world inhabited by hostile humans and creatures, as well as offering the ability to build bases as defences.

Jeremy Stieglitz Co-founder of Studio Wildcard explained a little more about what you can expect from the new Ark Survival Evolved which is now available to purchase and download.

Everyone at Studio Wildcard is thrilled to announce that Ark: Survival Evolved is available today on PS4! Whether you dream of being an intrepid explorer, a peaceful Parasaur breeder, or a battle-hardened T-Rex-riding warrior, we think you’ll find something to engage you within the vast, primal worlds of Ark. We’re particularly proud of the work that our partners at Abstraction Games have done with Ark on PS4, as the game looks beautiful and also gains substantial performance benefits from the PS4 Pro.

In the weeks and months ahead you can expect some dramatic new additions to the Ark, including a complete redesign and expansion of the underground cave systems; a whole new Tek Tier of weapons, structures and items; an expanded menagerie of wondrous creatures; further increased game performance and optimization; per-pixel canvas painting; infinite customizable Procedurally Generated Arks; new systems such as hair customization and the “Ascension” end-game cycle; and limited-time holiday events & cosmetics.