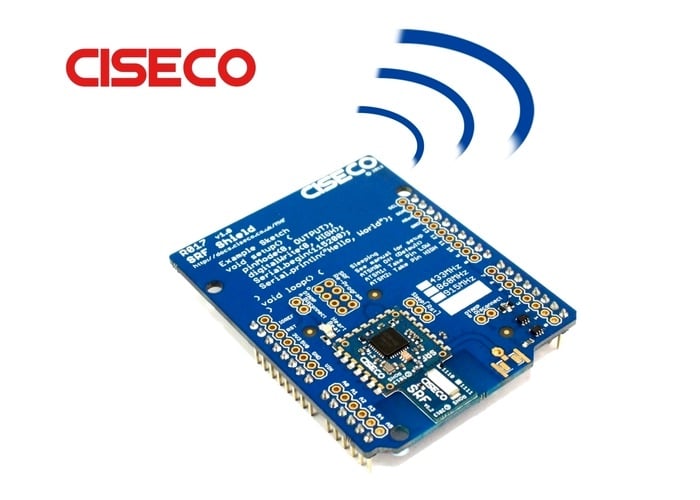 Makers, developers and hobbyists that enjoy creating devices using the Arduino platform might be interested in a new Arduino wireless shield called the SRF Shield, which has been specifically designed to enable you to add instant wireless networking support to Arduino projects.

The SRF Shield is the world’s first affordable plug and play secure, long range wireless for Arduino and is priced at £9.99 saving you a considerable amount of cash when compared to current wireless solutions for Arduino projects. Check out the video after the jump to learn more about the new Arduino SRF Shield.

“Making great hardware at a revolutionary price is hard and expensive. We have a passion for coming up with cool technology…however making it and delivering it at low, low prices means producing in big batches. Bigger than we have ever done before.

With your support (in pledging for hardware or telling your friends about the SRF shield) it’s possible to achieve the momentum to kick off the first big batch of SRF shield production. Lots of people have heard of our XRF modules and use them with the Arduino. Being Xbee shaped it requires an adapter shield, this adds bulk and extra cost. This isn’t great for anyone, so we took our great XRF radio.”

The Arduino SRF Shield project is currently over on the Kickstarter crowd funding website looking to raise enough pledges to make the jump from concept to production.

So if you think the Arduino SRF Shield is something you could benefit from, visit the Kickstarter website now to make a pledge and help the SRF Shield become a reality.