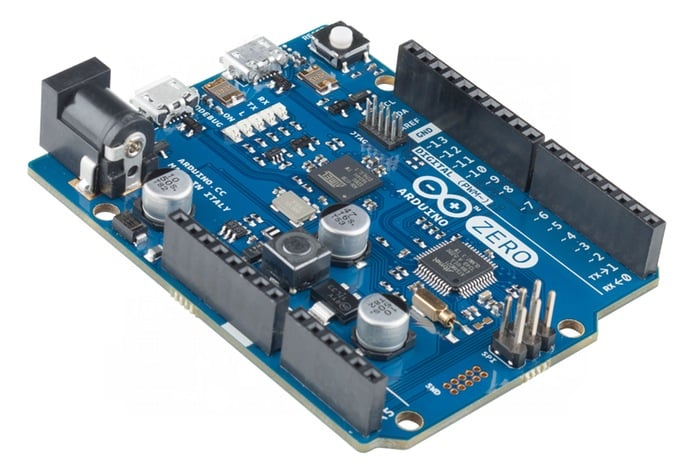 Arduino has today announced the launch of their new Arduino Zero, a powerful 32-bit extension of the platform established by the popular Arduino UNO development board.

The Arduino Zero has been designed for developers and hobbyists to use for smart IoT devices, wearable technology, high-tech automation, robotics and projects not yet imagined, explains Arduino.

Arduino has equipped their new Arduino Zero board with an Atmel’s SAMD21 MCU, featuring a 32-bit ARM Cortex M0+ core, with 256kb of flash and 32kb SRAM in a TQFP package making it compatible with 3.3V Shields that conform to the Arduino R3 Layout. Massimo Banzi, Arduino co-founder and CEO explains a little more:

“The Zero board expands the Arduino family by providing increased performance to fuel the creativity of the maker community,”-“The flexible feature set enables endless project opportunities for devices and acts as a great educational tool for learning about 32-bit application development.” 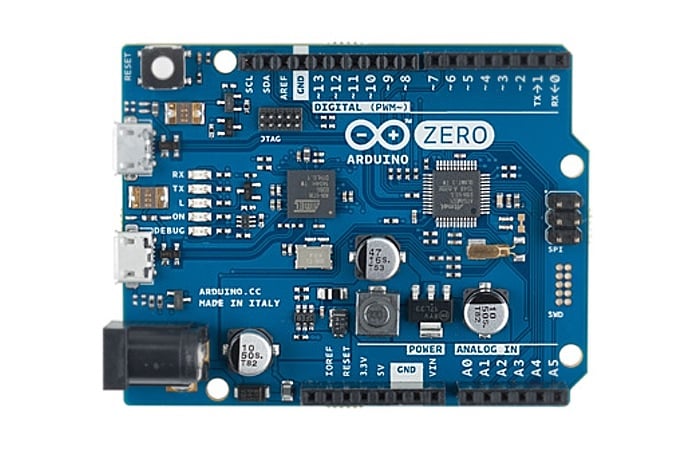 The first Arduino Zero prototype development boards will be showcased later this week at the Maker Faire Bay Area 2014 in San Mateo running from May 17-18th 2014.

“The Arduino Zero board also features flexible peripherals and Atmel’s Embedded Debugger (EDBG), which provides a full debug interface on the SAMD21 without the need for additional hardware, significantly increasing the ease-of-use for software debugging.”

For more information on the new Arduino Zero development board jump over to the Arduino website for details and full specifications.