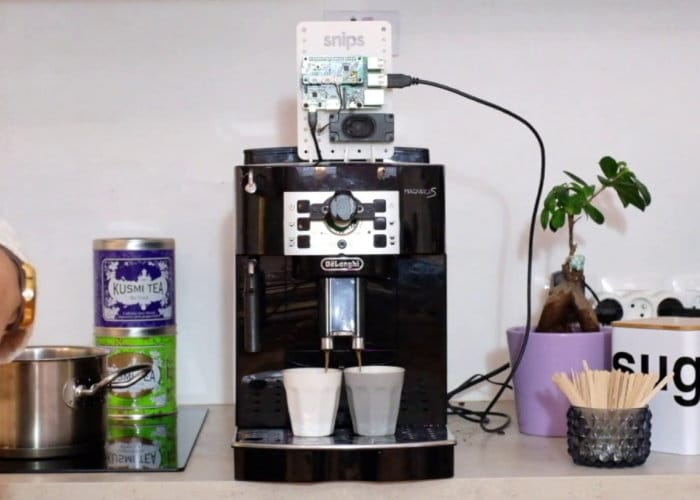 Arduino or electronic enthusiasts searching for a new project to keep them busy this weekend may be interested in a new Raspberry Pi voice controlled coffee machine which has been created using a little Arduino, Raspberry Pi hardware and programming.

“To accomplish this hack, a rather high-end coffee maker was disassembled and modified, adding an Arduino Nano to press buttons, along with a small motor and driver board to adjust its dial. Voice control is provided via Snips software running on a Raspberry Pi, which passes the pertinent commands along for coffee making”

“This voice-activated coffee machine. You can ask it to make you a double espresso or a flat white, to pour you some hot water or even to turn itself off. It’s purely a demo project, but at our Snips office in Paris, we’ve grown used to the convenience, and so we wanted to make it as easy as possible for anyone interested to replicate it at home.”

To learn more about the voice controlled coffee machine Raspberry Pi project jump over to the Medium website by following the link below for full instructions, component list and diagrams to help create your very own.