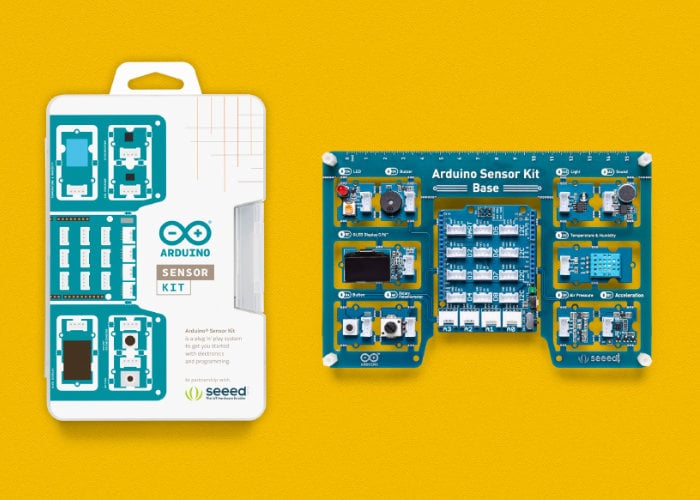 Arduino enthusiasts and beginners may be interested in a new add-on board designed for the Arduino Uno microcontroller featuring 10 of the most popular modules and sensors for the Arduino platform. The sensors and modules have been integrated into a single board providing plug-and-play convenience without the need for any soldering or wiring! Combining basic Grove sensors and actuators for the Arduino UNO, the kit contains a base shield featuring the following modules that can be connected either through the digital, analog, or I2C connectors: 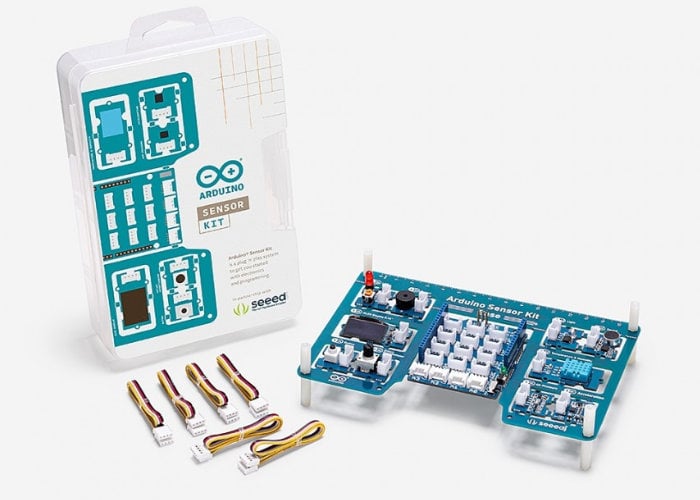 The kit is equipped with 16 Grove connectors, which when placed on the board, offer functionality to the various pins. With seven digital connections, four analog connections, four I2C connections, and a UART connection, the base shield can be easily mounted onto an Arduino UNO board and programmed through the Arduino IDE.