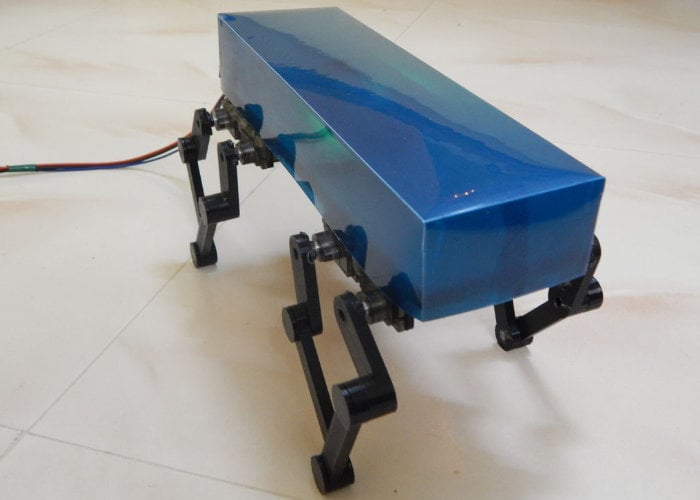 If you fancy building your very own quadruped robot inspired by the MIT Mini Cheetah you may be interested in this new project by Jegatheesan Soundarapandia whose built a fantastic smaller version measuring 23 cm x 9 cm x 9 cm powered by a 9 V battery. The aptly named Baby Cheetah quadruped robot is equipped with eight SG90 servos to actuate each 3D-printed leg linkage assembly. Powered by an Arduino Nano the robot is linked to a smartphone running a custom application thanks to a HC-05 Bluetooth module. 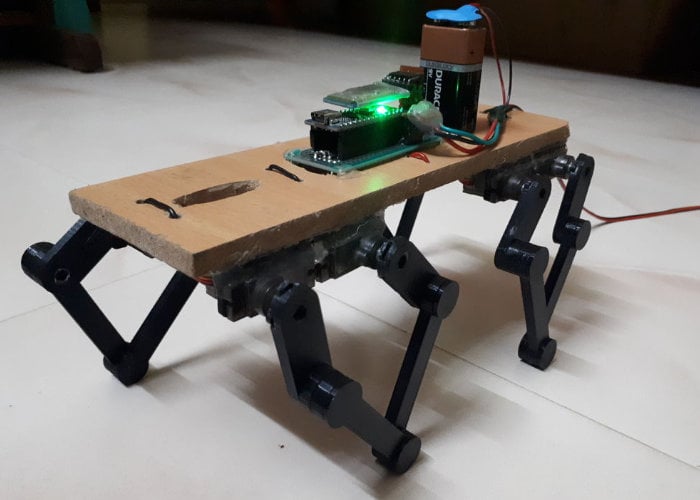 “I like very much to see robots walk like animals. Lot of Robots MIT Cheetah, Boston Spot wow amazing robots. Like wise very small robot i want to build. This is the version 1 i plan to upgrade more and more for this robot. In the first version i cover major portion. This robot Run, Walk, Crawl, Walk and run in different heights, take push ups(actually i plan for jump but this servo just push up), self check and say Hai. For the first time i use the 3D printed parts. Use android app to control the robot. On inspired of MIT Cheetah i did it so i name it as “BABY MIT CHEETAH”.

For more information on how to build your very own Baby Cheetah quadruped robot jump over to the official instructables project page for full details. To build your own you will need :