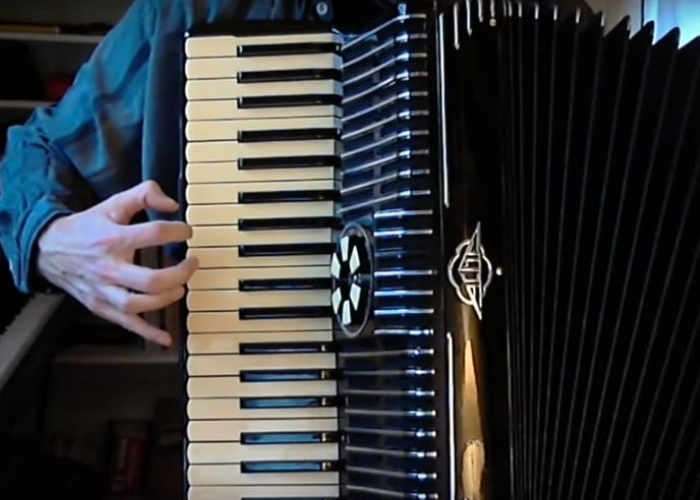 Brendan Vavra has designed and built a fantastic and very unique Arduino MIDI Accordion which is capable of creating midi music as you play. Even though there are many MIDI Accordions available Brendan decided to save his hard earned money and create his very own using a little Arduino programming.

Watch the videos below to learn more about the project and the sounds that can be created thanks to the Arduino Mega-development board which has been integrated into the accordion.

The system also includes a Bluetooth transceiver module for sending MIDI signals wirelessly to your choice of computer and music production software.

Though manufacturers like Roland have been selling digitally-driven accordions for a number of years, they’re not exactly wallet-friendly. Accordionist, composer and software developer Brendan Vavra opted to take the DIY route, transforming a relatively cheap, non-working acoustic instrument he bought on eBay into a capable MIDI music maker.

Vavra bought an acoustic accordion on eBay for US$150, which was in good working order but the reeds “were completely shot,” making it unusable without repair. This wasn’t something that concerned Vavra too much, though, as it was bought to be sacrificed at the alter of digital music.