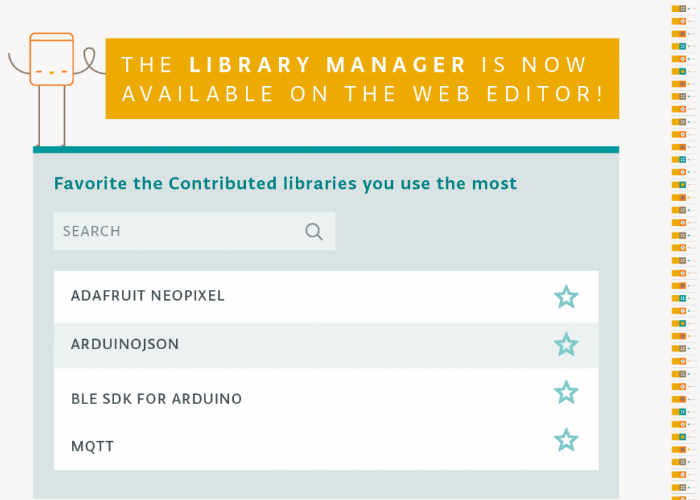 The official Arduino development team have this week announced some new features which they have rolled out to the official Arduino web editor. Which include the removal of the invite system making the new web editor together with the addition of the library manager which is now available directly from within the online editing service.

Arduino is also currently working on adding a quick way for users to import their whole sketchbook in to the Arduino Library Manager using just a single click so you can save all your sketches and libraries in the cloud for safety, while having them easily available on any device.

The Arduino Web Editor has got some exciting new features!  First of all, you just need to have Arduino account to use it. We completely removed the invite system, making it accessible to everyone. (Don’t have an Arduino account? Sign up!) This Arduino profile can also be used to post on our official Forum, buy products on our online stores, add comments on our blog, as well as create tutorials on the Arduino Project Hub.

Since all the contributed libraries are up on our servers, if you use them and then you share your sketch with someone, they could simply add a copy of your code to their sketchbook and will be able to compile it without having to do anything else. We know that sharing a sketch and its related libraries can be cumbersome; fortunately, the Web Editor can really speed up this process. Take this Thermostat Bot sketch, for instance, which uses a variety of contributed libraries.

For full details on all the new additions to the online Arduino Web Editor jump over to the official Arduino blog via the link below.