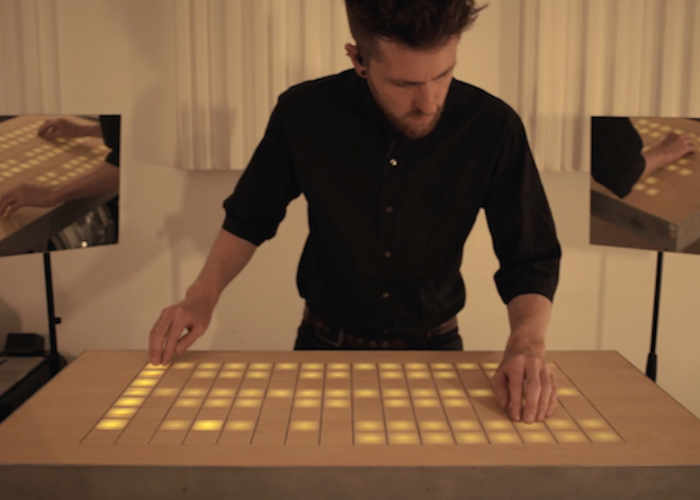 As well as being electronics enthusiasts the duo have also formed German pop band Wyoming. Watch the video below to see how the new Arduino instrument has been used to play the song from the band, Remains.

The DJ table and instrument has allowed the pair to combine their both design and music into one live MIDI controller that offers a larger workspace than most and uses an rduino Uno which interacts with two matrices, a 128-LED matrix and a 128-button matrix, via a pair of shields.

A computer is also connected to the DJ controller/instrument via a serial communication and corresponds with a self-programmed patch in Max/MSP, which also sends MIDI data to any preferred DAW to play instruments or samplers, says the Arduino website.