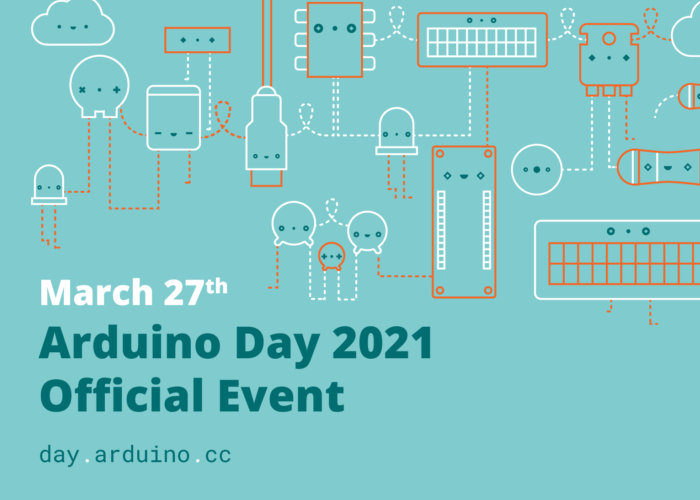 If you are looking forward to the official Arduino Day live stream you will be pleased to know that it will start on March 27th at 4pm CET on Arduino’s online channels. “Everything’s in place and ready for the global celebration of Arduino’s sweet sixteenth birthday, including some amazing interviews, demos and talks” explains the Arduino develop and team.

“There are so many topics the Arduino team wanted to cover this year that we’ve got lots of great presentations in the works for you. Not least of them being a new inclusivity program called #include, that’s being integrated into Arduino as we speak, but there are big plans to bring it out into the community too. Isabela Freire from the Arduino Design Team will be with us to tell you all about that, and how it can benefit your projects, causes and communities.

We also want to show you around some of the top new Arduino devices, with some big reveals that are guaranteed to get people excited across the maker, education and professional sectors. The Nano RP2040 Connect is definitely going to be a highlight you won’t want to miss.”

“Arduino Day is just as exciting to those of us inside the company, as well as you guys out there in the community. It’s at events like this where we get to talk to brilliant people who are making a genuine difference to the world through open-source tech.

Among them is the ever-inspiring Judi Girò Benet and Billy Chen, cofounders of the amazing breast cancer testing device The Blue Box. This incredible project recently won the international James Dyson Award, and it’s a remarkable tale of a first-time maker who brought her vision to life through Arduino and prototyping her own electronics.

We’ll also be revealing the 10 winners of this year’s Arduino Day Community Challenge. So if you’ve submitted a project to the competition make sure you’re online to find out if a treasure trove of Arduino gear is on its way to you.”

For more details about this years Arduino Day 2021 Official event jump over to the official Arduino blog by following the link below.