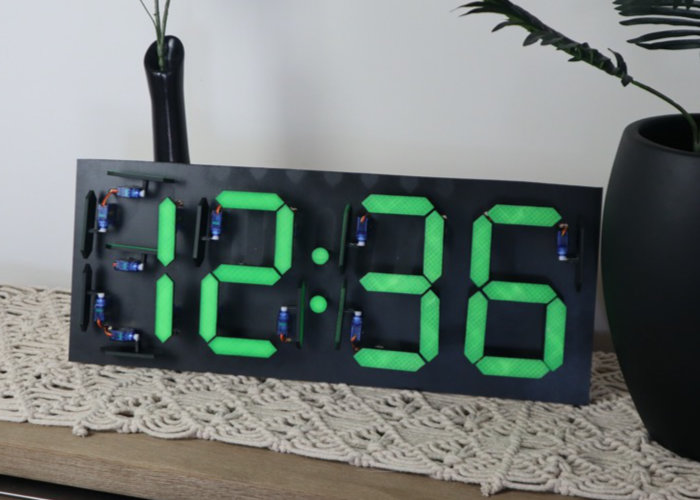 Maker Michael Klements has built a unique electromechanical clock using a little Arduino hardware, code and 28 servos, which tilt panels to reveal the correct time in digital format. As the time changes the panels are tilted to show their edge and remove the green highlighted area from view providing a unique way to present the time. Check out the demonstration video below to learn more about the Arduino clock

“I built a countdown timer a couple of months ago using a two digit mechanical 7 segment display which was driven by 14 servos and an Arduino Mega. It came out quite well and a number of people suggested doubling up on the display to build a clock. The only problem was that the Arduino was already running short on PWM IO and I needed to double up on the outputs. Fortunately, someone pointed me in the direction of these PCA9685 16 channel PWM drivers, so I used them and a DS1302 real time clock module to build a mechanical 7 segment display clock which uses 28 servos and is now driven using an Arduino Uno.”