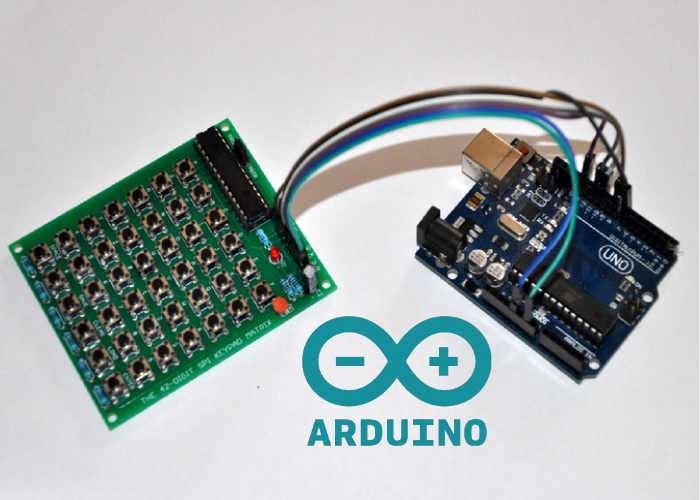 Arduino enthusiasts or those looking to learn more about programming with Arduino and electronics-in-general may be interested in a new Kickstarter campaign and Arduino compatible 42-Digit SPI Keypad Matrix which is being created by Kickstarter entrepreneur Patrick Thomas Mitchell.

Patrick’s 22nd Kickstarter campaign launched earlier this week and is already close to securing the funds required to make the jump into production. Watch the video below to learn more about his Arduino-based portable keypad that connects to your Arduino development board and offers the complete alphabet, numbers 0-9 as well as several commands.

This little guy, while simple in nature, acts as a fully functional (and portable) keypad on the go!  It comes with two main programs, and it connects easily to your Arduino.  It can be used to:
1) Display information to your serial monitor.
2) Display information to LCDs controlled by your Arduino.
3) Be programmed to act as an extensive combination lock
4) Offer commands, such as ENTER, LOAD, CLEAR, etc.
5) Type words, letters, numbers, and executable commands.
Each of the buttons are labelled, and the software eliminates switch bounce like a boss!  The complete alphabet (A-Z), numbers 0-9, and commands (SPACE / # / SAVE / CLEAR / LOAD / ENTER).