After news leaked bout Archos’s new Arnova 3G tablets early last month, Archos has now officially launched the new tablets to the world. The Arnova range of tablets has been created for budget conscious consumers and are equipped with either a 10.1 inch or 9.7 inch display and run Google’s latest Android 4.0 Ice Cream Sandwich (ICS) operating system. 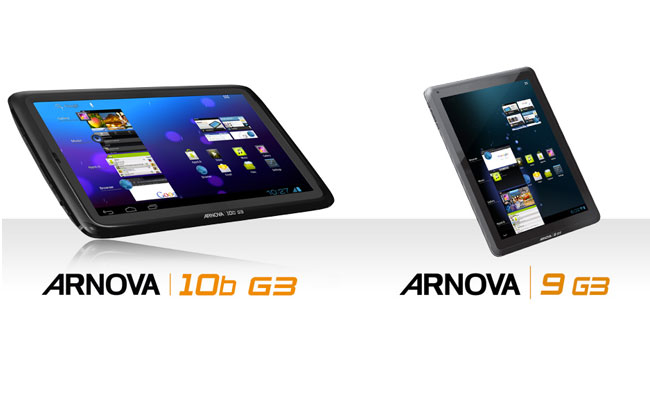 The Archios Arnova 10b G3 has a 10.1 inch display with a resolution of 1024 x 600 pixels, powered by a 1 GHz ARM Cortex-A8 processor, supported by 1GB of RAM, and provides 1080p high definition video playback. Once it arrives in stores and is expected to be priced around $200.

The Arnova 9 G3 also has a 1 GHz ARM Cortex-A8 CPU, supported by 1GB of RAM, with 4GB to 8GB of internal storage, and 9.7 inch, 1024 x 768 pixel IPS capacitive touchscreen display with supporting 5 point multitouch gestures, and is expected to be priced around $250.