They group of archaeologists on a joint expedition led by the Hebrew University of Jerusalem and the Israel Antiquities Authority have discovered what’s been described as two of the largest structures ever discovered from the Kingdom of Judah. The announcement of the discovery was made last week and one of the structures has been identified as the palace of King David. The second structure was identified as a large storage building for the kingdom. 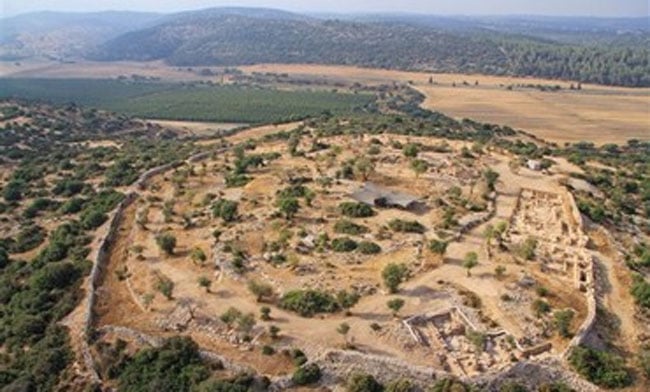 The excavation has been ongoing for the last seven years and sheds light on the state building and administrative organization during the reign of King David. According to Prof. Yossi Garfinkel and Saar Ganor, “The ruins are the best example to date of the uncovered fortress city of King David,” giving researchers a step up in understanding the origins of the kingdom of Judah.”

“This is indisputable proof of the existence of a central authority in Judah during the time of King David.” The archaeological site is 30 km southwest of Jerusalem at the top of the hill bordering the Elah Valley and North. The site was a strategic location during the biblical kingdom of Judah and was situated on the main road from Philista and the Coastal Plain. The city measures 2.3 hectares in area and was surrounded by fortifications of megalithic stones.