A new project has been revealed this week called Aquatop which uses a Microsoft Kinect gesture control unit, speakers and water to create some amazing interactive effects.

Watch the video after the jump to learn more about the AquaTop project and see it in action.
works by projecting images onto the surface of the water, which has been mixed with bath salts, the water becomes milky-white and provides better contrast as a projection surface. 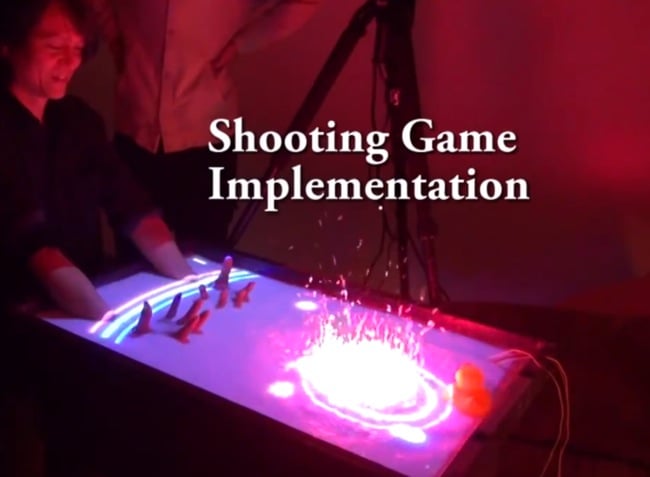 The AquaTop opaque water also reflects the infrared light emitted by a Kinect depth camera, which is responsible for tracking the position of multiple fingers. Allowing users to hold them above the water, touch the surface from above or poke them out from beneath the surface. Watch the video after the jump to learn more about the AquaTop project and see it in action.

“Both the Kinect camera and the projector are connected to a single PC and have been configured to allow for several innovative interaction modes, impossible to achieve with standard displays, such as scooping up a handful of water with a video thumbnail projected on its surface and then dropping the thumbnail over a video player area to start the video in full screen (or full bath) mode.”